“We recognised that there are common challenges and solutions … but that we’re at very different stages with alcohol policy research.” 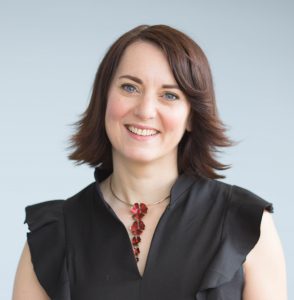 Professor Niamh Fitzgerald is Professor of Alcohol Policy and Director of the Institute for Social Marketing and Health at the University of Stirling. Prof. Fitzgerald is co-principal investigator of the ACORN network along with Prof. Joe Barry from Trinity College Dublin.

In April 2021, the SSA caught up with Prof. Fitzgerald to find out more about ACORN:

SSA: What prompted you to start ACORN?

“Scotland has implemented Minimum Unit Pricing and that has meant around 20 studies have emerged led by researchers in different parts of the UK, and that has created a hot bed of alcohol policy research linked to Minimum Unit Pricing. We recognised that there are common challenges and solutions across the islands, but that we’re at very different stages with alcohol policy research.”

“So, this opportunity came up. It was a joint call for funding between the ESRC and the Irish Research Council that was specifically looking for proposals to develop research networks between Ireland and the UK.”

What different aspects of research do you plan to look at?

“We have four themes within the network. Pricing policy, availability policy, marketing policy and politics and policy making. All themes are in relation to alcohol and research. We intend to have one seminar on each of those themes. Ideally some of those will be face-to-face, but they will be webinars if we can’t run them in person.”

“We still hope that we can have some of them in different universities on the island of Ireland. Alongside those seminars, if we can do them face to face, there will be a series of smaller meetings where you have facilitated discussions with researchers who potentially haven’t done alcohol policy research before but who work in public health or social science or in other areas such as geography; for example, researchers who have an interest in this kind of work even if less experienced.”

“These meetings will discuss the kinds of contribution their area of research might be able to make to alcohol policy research, which they may not have considered before. They may not have thought how a geographer, or sociologist, or political scientist, might have a role in relation to alcohol policy research, for example, but we can see that very clearly from prior examples in other jurisdictions.  We hope that many of these researchers across the island of Ireland will be interested in joining ACORN.”

What are the aims of ACORN?

“Our overall aim is to build capacity, so it’s not just a network. The aim is to network between researchers and to build capacity that’s specifically focused on policy research rather than on broader addiction or treatment research. It’s population level policy where we see the biggest gap and opportunity I suppose. We proposed the network when COVID-19 had arrived, so we were trying to work out what we could do online and what we could do face-to-face. We had hoped at the beginning of COVID that by this time [April 2021] we would be meeting face-to-face and that’s not possible, and that’s a real limitation for us.”

“I think one of the main focuses of the network is not only volume of people but in developing quality collaborations so that you can really support people to work together on future research projects. Rather than meeting thousands of people where you don’t develop those relationships. So, I think the loss of face-to-face time is a real disadvantage for us currently, but the plan of activities is more or less the same.”

“The launch event is on Thursday 29th April between 1 and 4 pm. It’s open to everyone including researchers alongside people who might not be researchers but who are interested in what we’re doing.”

What is the plan of activities?

“There are those four webinars, one for each theme. Then there are three other major elements including study visits and a capacity building workshop. One is the opportunity for four early career researchers to apply for funding to spend a week at another institution in a different jurisdiction. For example, coming from Ireland to Scotland. That would be a competitive process whereby the researcher would link up with someone who would host them in another university and they would make the case for what they would work on for that week and what that research and collaboration would lead to.”

“Next, there’s a capacity-building workshop that we’re planning. The capacity building workshop is not something I think we can run online, but the idea is that it would build on the kind of knowledge exchange workshops run by SPECTRUM and other consortia that work in this field.”

“This workshop would provide an opportunity to hear from leading researchers in the field about research on different aspects of alcohol policy. There would then be a day where we would run a grant writing workshop where people would be working in smaller groups developing ideas and getting support around where they might apply for funding. We’ll keep numbers limited to help it stay focused and productive. We are still thinking about how to make the most of this, and it will depend on whether we can run it face to face.”

What do you have planned for the end of the year of activities?

“The closing event is intended to be a conference, so that will involve abstract submissions along with some invited speakers. Attendance will be free for early career researchers but there will be a small charge for others. That was going to be a day in Belfast in about a year’s time. Our plan at the moment is that if we can run the conference face-to-face that would be ideal. I feel quite strongly that you can do seminars and you can educate people online pretty well, but that it’s pretty hard to do good quality networking online. At least of the kind that creates sustainable relationships that extend beyond the timeframe of the network which is our goal.”

“Policy research also serves to educate policy makers about how to judge the impact of policies. With Minimum Unit Pricing, the constant drip-drip of studies over the years has gradually changed the narrative around that policy because policy makers were learning the same messages every time a new study got published”

What’s happening at the launch event?

“The launch event is on Thursday 29th April between 1 and 4 pm. It’s open to everyone including researchers alongside people who might not be researchers but who are interested in what we’re doing. It will involve a brief introduction followed by breakout rooms based on the four themes; we’ll have two sets of breakouts so everyone can attend two different themes. We’ll then finish with an introduction to the network activities and how people can access them, followed by a Q&A and discussion.”

“There’s already about 50 people signed up to attend the launch. Interestingly there has been some interest from outside the UK and Ireland as well. So, we’ll have to think a bit about whether that’s people who want to be on the mailing list or how we might engage with people who are not UK or Ireland researchers.”

What are the opportunities of a network across places with different alcohol policies?

“A lot of the process that the monitoring and evaluating Scotland alcohol strategy team, MESAS, has gone through has been to capture the impact of strategy through research. Within many studies, it is important to have comparators which are often other nations in the UK where a particular policy hasn’t been implemented.  So, in a way, alcohol policy researchers need to work across jurisdictions. We’ve learned a lot from MESAS, and I think there’s probably a recognition that the UK is a leading centre for alcohol policy research partly because there has been innovation in alcohol policy in Scotland and Wales. We’re really trying to expand that across all parts of the UK and Ireland.”

“So, I think we’re trying to get to a point where we get the policy innovation implemented and lock it in so that the research follows on from it and genuinely shows unintended consequences as well any benefits of these policies. That then generates learning for other jurisdictions but also generates learning about how to maximise the value of policies so there’s less chance for policy progress to be reversed later.”

“Policy research also serves to educate policy makers about how to judge the impact of policies. With Minimum Unit Pricing, the constant drip-drip of studies over the years has gradually changed the narrative around that policy because policy makers were learning the same messages every time a new study got published – in particular, that no one study alone could tell them the impact of a population-level policy, and that there is a need for patience and reflection interpreting what the studies mean when all taken together. There are opportunities there to have research work hand in hand with policymaking as it progresses.”