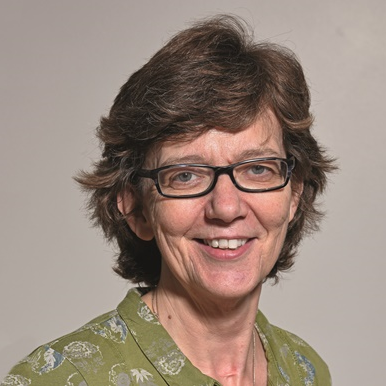 Professor Anne Lingford-Hughes is Professor of Addiction Biology and Head, Division of Psychiatry at Imperial College London and a Consultant Psychiatrist at Central North West London NHS Foundation Trust. She graduated in medicine from Oxford University, completed her PhD at Cambridge University and trained in psychiatry at The Bethlem and Maudsley Hospitals and Institute of Psychiatry. Her research has focused on using neuroimaging, pharmacological and behavioural challenges to characterize the neurobiology of addiction to improve relapse prevention. She leads an MRC funded PhD programme (MARC) to produce future clinical addiction academic leaders in the UK.

This lecture will cover the burgeoning area of the biology of drug and alcohol dependence. Specific aspects will be covered including the neurobiological changes associated with the acute and chronic effects of drugs and alcohol. The possibility that individuals may have underlying neurochemistry which predisposes them to drug and/or alcohol abuse will also be explored. Understanding the neurobiology not only helps to understand the underlying mechanism of treatment strategies currently used, but also will inform further developments. There are some areas of common ground for drugs of abuse. All such drugs have been shown to stimulate the ‘pleasure-reward’ system that involves release of dopamine in a particular area of the brain (nucleus accumbens). Some drugs such as cocaine and amphetamine directly effect the dopaminergic system, whilst others such as alcohol and opiates do so indirectly. It now appears that dopamine is not necessarily released as a mediator of ‘pleasure’ but more in learning the association between cues, such as pubs or needles, with drug abuse. In addition, drugs of abuse may effect particular chemical systems in the brain. The effects of opiates are mediated through the opiate system in the brain. It is not currently clear how this system responds to chronic exposure to opiates but different receptors mediate different effects. By contrast, the effects of alcohol are mediated by multiple neurochemical systems in the brain such as GABA-benzodiazepine, glutamate (NMDA), opiate, dopamine, serotonin and noradrenaline. Many effects of alcohol can now be attributed to effects on a particular neurochemical. This undoubtedly will have greater implications for more specifically targeted therapies.