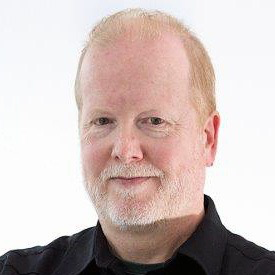 Dr Timothy A Hickman is a senior lecturer in the History Department at Lancaster University. His work is in the cultural history of addiction, mostly, but not exclusively, in the late-nineteenth and early twentieth century United States. In addition to his book, The Secret Leprosy of Modern Days, he has written a variety of articles on the history of addiction, including pieces on twentieth-century visual culture—from ‘Heroin Chic’ fashion photography to the brain scan images produced by recent neuroimaging technology. He is currently working on a book about Dr Leslie E Keeley, the late-nineteenth century’s most famous addiction cure doctor.


From quackery to orthodoxy: history and the neuroscience of addiction

On 3 October, 1997, Alan Leshner, then director of the US National Institute on Drug Abuse (NIDA) wrote in the journal Science that ‘dramatic advances’ in neuroscientific and behavioral views of addiction prove that addiction is ‘a chronic, relapsing brain disorder characterized by compulsive drug seeking and use.’  Now known as the hijacked brain theory or the NIDA Paradigm, the theory informs addiction research and guides funding around the world.  But Leshner’s theory was not as novel as he said it was.  It is strikingly similar to that proposed in the 1880s by Dr. Leslie E. Keeley, who was among the world’s most famous physicians at the turn of the twentieth century.  But despite the testimony of tens of thousands of satisfied patients, the elite physicians of the British and American Medical Associations, and also the SSA’s precursor, the Society for the Study of Inebriety, rejected Keeley and described his practice as the epitome of quackery.

This paper offers an opportunity to discuss the ironic re-emergence of yesterday’s quackery as today’s orthodoxy. Was this transformation a product of results, evidence or procedures?  How did codes of professional practice and/or ethics constitute the properly medical?  Who gained, who lost, and how have those relations of power changed over time?  Re-engaging Keeley’s forgotten story demands that we consider the importance of social and professional context for establishing the viability of even the latest, most technologically advanced attempts to understand Addiction.

SSA · From quackery to orthodoxy: history and the neuroscience of addiction
We use cookies on our website to give you the most relevant experience by remembering your preferences and repeat visits. By clicking “Accept”, you consent to the use of ALL the cookies. However you may visit Cookie Settings to provide a controlled consent.
Cookie settingsACCEPT
Manage consent