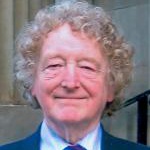 It is well known that the transition from policy to action rarely takes place as planned. This paper will examine some of the barriers to change and possible ways of circumventing these. In recent years many governments in Europe and elsewhere have shown a commitment to developing alcohol strategies and plans, eg the European Alcohol Action Plan of WHO. In the UK alcohol policies have been placed within broader strategic frameworks, for instance “Towards a Healthier Scotland” or “Our Healthier Nation”. A number of groups are working actively on formulating alcohol policies and these are being influenced by a number of specialist research and other interest groups. Different cross currents are likely to influence the course of these policies as they approach their objectives and these will be discussed. They include the balance between community responses to alcohol related problems and national plans; economic and political imperatives; the role of media in setting agendas for change; the presentation of research evidence; the way in which the hazards and benefits of alcohol are perceived by the population and the feasibility of attitude change. Genuine cooperation between agencies which are often competing for limited resources may be one of the keys to effective progress.