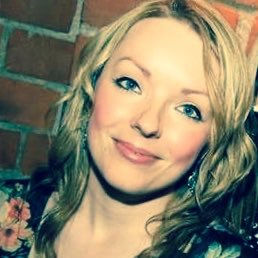 Dr Michelle Addison is a Research Associate working at the Institute of Health and Society, currently focusing on issues of embedded social and health inequalities. She is Project Manager of ATTUNE: Understanding Pathways to Stimulant Use: a mixed-methods examination of the individual, social and cultural factors shaping illicit stimulant use across Europe. She is co-Investigator of the N8 funded qualitative study: ‘Exploring Novel Psychoactive Substance (NPS) use and its consequences for police practitioners and substance users in the North East of England’; and she is part of a core team currently developing the Equal North Network, a community of academics, researchers and practitioners across the north of England who share a common interest in addressing health and social inequalities. She has previously managed the study ACCEPT – a pilot feasibility study of alcohol screening and brief intervention in a custody suite setting. Michelle’s primary research interests are in social and health inequalities, substance use, stigma, and identity formation.

This presentation explores findings from 60 qualitative interviews in the ATTUNE study, and 25 interviews with NPS users in the NPS_N8 study. The ATTUNE project explored why some individuals exposed to ATS[1] (amphetamine types stimulants) did not start to consume, and how some users managed to keep their stimulant consumption on a comparatively controlled level and/or stop consumption altogether, whilst others switched to risky consumption patterns and/or develop dependency. The NPS_N8 project examined the impact NPS was having on users and police staff within police custody.

Emergent themes show that pathways into NPS and ATS use are complexly linked to a desire for pleasure/escapism, protective/problematic social networks, disadvantage, and mental health needs.  Negative behavioural consequences of NPS and ATS use meant that many users frequently transgressed the law, were arrested and detained in police custody. Emergency services and 3rd sector organisations are still responding to the changes brought about after the UK Psychoactive Substances Act May 2016. This increased understanding of which factors contribute to the development of risky drug use patterns in some individuals, and which factors appear to facilitate change toward less risky drug use patterns in others, will enable policy makers and practitioners to develop more effective prevention programs in the future.

Back to Annual Conference 2017