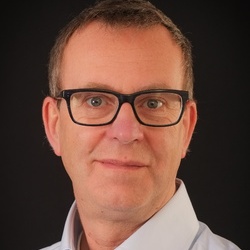 Matt Hickman is Head of Population Health Sciences and Deputy Head of Bristol Medical School, Professor in Public Health and Epidemiology at Bristol, NIHR Senior Investigator, and Honorary Public Health Consultant at Bristol City Council and Public Health England. He is the director of National Institute Health Research (NIHR) Health Protection Research Unit on Evaluation of Interventions, and member of NIHR School of Public Health Research.  He is deputy regional editor of Addiction, and a member of the Scientific Committee of European Monitoring Centre on Drugs and Drug Addiction (EMCDDA), WHO Technical Advisory Group on alcohol and drug epidemiology, and International Network on Hepatitis Care for Substance Users (INHSU).

In UK we have called the increase drug related poisonings (DRP) to the highest ever recorded a public health crisis.  Recent UK evidence from cohort studies show that (a) opioid dependent patients are at excess risk of mortality from all major causes of death; (b) mortality risk varies at different periods on and off OAT – especially at the very beginning and end of treatment; (c) prison OAT could reduce premature mortality in the period immediately following prison release by 75% (d) patients prescribed buprenorphine have a lower risk of DRP death during treatment but overall shorter duration of treatment compared to patients on methadone; (e) there may be interactions between morbidity, DRP risk and type of OAT; (f) co-prescription of benzodiazepines in opioid dependent patients increases risk of OAT irrespective of positive association with OAT duration.

The funder had no role in study design, data collection, the analysis and interpretation, or the writing of this report. The views expressed are those of the author(s) and not necessarily those of the NHS, the NIHR or the Department of Health.