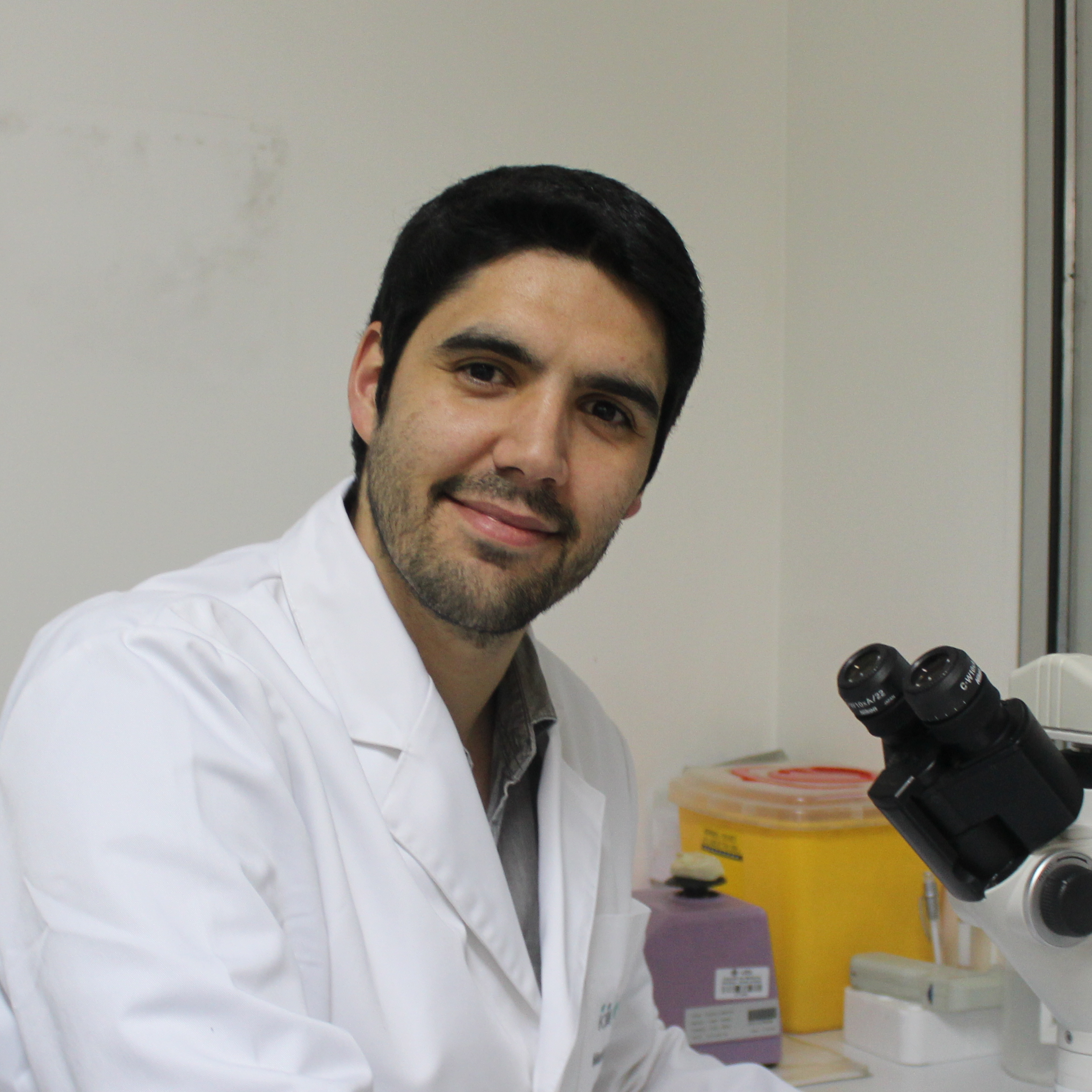 Mauricio Quezada Diez is a third-year Ph.D. candidate in the University of Development, regenerative medicine center working under the supervision of doctor Fernando Ezquer and doctor Pablo Berríos-Carcamo. His research aims to evaluate the therapeutic effect of mesenchymal stem cell-derived secretome administration on rat models who express deprivation syndrome and relapse to consumption by opioids. Mauricio has worked before in the public sector, in the Institute of public health. Mauricio is Biochemist and holds an MSc. in science and innovation in medicine from the University of Development, Santiago, Chile.

Aims: The non-therapeutic use of opioids, such as morphine, results in high morbimortality that has continued to increase in recent years. To study new therapies to reduce opioid overuse, the development of robust animal models of voluntary opioid intake is highly needed. Here we developed a new model of voluntary oral morphine intake using rats accustomed to the bitterness of quinine to prevent opioid avoidance. This model expresses different stages of the addiction process, including chronic consumption and deprivation syndrome.
Methods: After weaning, Wistar rats were subjected to ad-libitum access to a bottle with quinine dissolved in water (experimental rats) or a bottle of water (control rats). Once habitual to the bitterness of quinine (8 days), a second bottle with morphine (0.15mg/ml) was given to the experimental rats and voluntary morphine intake was evaluated. Finally, the quinine was removed, and experimental rats were exposed to a two-bottle choice between water and morphine. The analgesic, hyperlocomotion, and withdrawal syndrome induced by morphine were studied. Hippocampal oxidative stress and neuroinflammation were also evaluated.
Results: Following this protocol 65% of experimental rats voluntarily drank morphine (~15 mg/kg/day) and maintained a 90% morphine preference for 4 weeks, even after quinine removal. Additionally, the experimental group showed a greater hyperlocomotion effect, analgesia, and deprivation syndrome versus the control, as well as an increase in the hippocampal oxidative stress and neuroinflammation.
Conclusion: This animal model offers the possibility of testing new drugs with therapeutic potential to reduce the voluntary consumption of opioids following chronic opioid use.