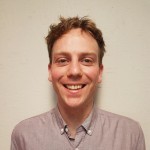 I studied Natural Sciences (Experimental Psychology) at the University of Cambridge and then completed a PhD at University College London, supervised by Professor Val Curran and Professor Celia Morgan. My PhD examined reward processing perturbations in nicotine and cannabis addictions. I then worked as a post-doctoral research associate on the KARE clinical trial investigating ketamine as a treatment for alcohol dependence. I have also worked with Professor Adam Winstock on his Global Drug Survey data and with Dr Gill Bedi at Columbia University’s Psychiatric Institute in New York.

I currently work as a post-doctoral research associate at University College London, in the Clinical Psychopharmacology Unit. I am working on an MRC-funded project which examines whether adolescence represents a vulnerable period for cannabis-related harms. And if teenagers are at greater risk, in which psychological and neural domains does this additional harm manifest itself.

My main interest, and research focus, is teenage cannabis dependence. I am also interested in the neural substrates of drug-related decision-making; theories of addiction; and the application of psychedelic drugs in treating addiction.

I would like to further investigate the reasons behind teenagers’ greater vulnerability to developing cannabis dependence compared to adults. I would also like to help improve treatment and prevention strategies for teenagers with cannabis use disorder.

Aims: Use of alcohol and drugs in sexual contexts has received increasing attention recently, although this has often been restricted to men who have sex with men. We aimed to explore use of licit and illicit substances in sexualised settings  –  referred to as ‘ substance-linked sex ‘ (SLS) – in homosexual, heterosexual and bisexual men and women.

Methods: An international online self-selecting cross-sectional survey: the Global Drug Survey (GDS) 2013 (n=22,289). Respondents were asked about: which drugs they had had sex on; frequency of enhancing sex with drugs; and how different drugs changed the sexual experience.

Results: SLS occurred across sexual orientations, in both men and women. All groups reported alcohol, cannabis and MDMA were the most commonly used drugs with sex. Homosexual men reported using poppers, Viagra, methamphetamine, GHB/GBL and mephedrone with sex more than other groups. Homosexual men also reported using drugs or alcohol with the specific intent of enhancing the sexual experience (45%) the most; heterosexual women reported this practice the least (20%). There were clear dissociations between the effects of different drugs on different aspects of the sexual experience; although GHB/GBL and MDMA were rated consistently highly.

Adam Winstock is the founder of the Global Drug Survey