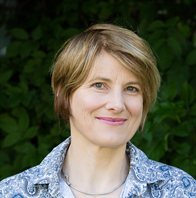 Polly Radcliffe is Research Fellow at the National Addiction Centre, IoPPN, King’s College, London. She is a qualitative researcher whose work has focused on gender and identity in the context of the criminal justice system, substance use treatment and health care services. Polly has conducted research examining the relationship between substance use and intimate partner violence perpetration and how women who use substances manage and access antenatal services. She has extensive experience of accessing and engaging hard to reach research participants and analysing qualitative data using discourse and narrative analysis.

Aims. To explore how males in substance use treatment and their current or ex female partners account for the role of substance use in intimate partner violence perpetration (IPV-P) in their relationship.

Methods. 70 men were screened for lifetime IPV-P in waiting rooms of substance use treatment services in London and the West Midlands. Interviews were conducted with 28 men who had perpetrated IPV and 14 of their current or ex partners. Thematic analysis compared how these 14 dyads attributed the role of substance use in IPV-P.

Results. Men and women’s accounts of IPV were highly discrepant. Alcohol and cocaine intoxication is linked in perpetrator and survivor accounts with loss of control and paranoid sexual jealousy. IPV is also linked to conflicts surrounding substance using lifestyles, withdrawal and addiction that intersect with gendered power relationships. Women describe feeling controlled and trapped by behaviour described by men as protective. Women who also use substances are more likely to engage in violence whether violent resistance or mutual combat; their addiction making them susceptible to staying in abusive relationships. Economic abuse takes many forms in relation to substance use including diverting family finances, selling possessions and clipping/prostitution.

Conclusions. Dyad interviews allow the perspective of both partners of the IPV events and provides a fuller account of the relationship dynamics involving substance use. This is the first study to explore dyad perspectives of the role of substance use in IPV-P.

Back to Annual Conference 2018 – Delegate Speakers