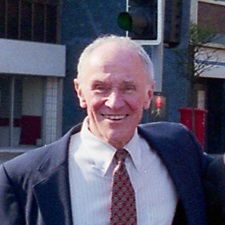 Dr. Harrison G. Pope, Jr. is Professor of Psychiatry at Harvard Medical School in Boston, USA and Director of the Biological Psychiatry Laboratory at Harvard-affiliated McLean Hospital. Dr. Pope has performed extensive research on anabolic-androgenic steroids (AAS) since the 1980s, and has published more than 40 peer-reviewed papers on the epidemiology, psychiatric effects, and long-term medical effects of AAS use, together with other papers exploring the association of AAS use with body image disorders. Currently, he is conducting a five-year study exploring the potential neurotoxicity of long-term anabolic-androgenic steroid use.

The use of anabolic-androgenic steroids (AAS) has now grown into a major worldwide substance use issue. Initially confined only to elite athletes, AAS use began spreading to the general population starting in the 1980s. The older members of this group of general-population AAS users – those who started AAS as youths in the 1980s and 1990s – are only now reaching middle age. Thus, the long-term effects of these drugs could not be easily investigated until recent years, when large numbers of aging AAS users began to become available for study.

Now, data has accumulated showing convincingly that long-term high-dose AAS use causes cardiovascular toxicity, including cardiomyopathy and atherosclerotic disease, leading to an increased risk of heart attacks and strokes. Psychiatric studies have shown that AAS can cause irritability and aggressiveness, sometimes associated with violence, in a small portion of users. Withdrawal from long-term AAS use may lead to prolonged hypogonadism in men, characterized by loss of libido, erectile dysfunction, and occasionally serious depression. Recent findings suggest that high-dose AAS use may also cause neurotoxicity. However, pending more research, it is still too early to estimate accurately the magnitude of AAS-related public health problems that we may witness over the next decades.