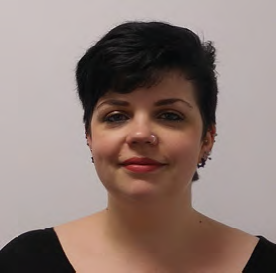 I hold an MSc in Public Health: Addictions and a BA (hons) from Liverpool John Moores University, a BSc from the Open University and a PGCert in Health Economics from the University of Aberdeen. I have experience of working with people who use substances, both in residential and community based treatment services, as well as with homeless health services, and am also actively involved with mental health support on both a local and national level. I am currently working as a research assistant on a smoking cessation project at the University of Aberdeen.


Tobacco use in recovery from substance misuse: A small-scale study of the perceptions of smoking held by adults in residential rehabilitation units in the North West of England

To explore the perceptions of service users about smoking in order to identify barriers and facilitators to cessation.

Purposive sampling was used to recruit ten participants to take part in semi structured interviews.  During the interviews, participants were asked about their smoking behaviours, environmental factors relating to smoking and the relationship between smoking and substance use.  Interviews were transcribed, then manually coded using thematic analysis to identify key themes.

The study was conducted in residential or community based treatment services for drug and alcohol misuse.

Participants were identified who were currently or had previously been in residential treatment for substance misuse and were over eighteen years of age..

Four main themes were identified from the data: negatives of smoking, positives of smoking, social norms and the importance of setting.  Five participants were current tobacco smokers and three had never smoked.  All reported an awareness of risks associated with smoking, yet reported that smoking in substance misuse treatment is still the norm.  Many felt that addressing their tobacco would jeopardise their recovery, yet all agreed that smoking cessation should be addressed by substance misuse services, and most felt that residential treatment offered an ideal opportunity.  Although many of the barriers to smoking cessation and perceptions of smoking are the same as in the wider population, this client group has specific needs and faces additional challenges.

Further research and cooperation from treatment organisations are needed in order to integrate substance misuse and smoking cessation services, as well as more conclusive evidence on the effectiveness of tackling both issues at the same time.  However, this study suggests that residential treatment services are able to address the specific needs of this population, and is a suitable environment to introduce smoking cessation.