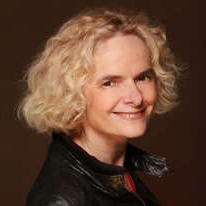 Nora D. Volkow, M.D., is the Director of the National Institute on Drug Abuse (NIDA), which supports most of the world’s research on the health aspects of drug abuse and addiction. Dr. Volkow’s work as a scientist has been instrumental in demonstrating that drug addiction is a disease of the human brain and, as NIDA Director, her work has promoted research that improves the prevention and treatment of substance use disorders. As a research psychiatrist, Dr. Volkow pioneered the use of brain imaging to investigate the toxic effects and addictive properties of abusable drugs. Her studies documented the disruption of the dopamine system in addiction and characterized its consequences to the function of the human brain including frontal brain regions and their involvement with motivation, executive function and self-regulation. She has also made important contributions to the neurobiology of obesity, ADHD, and aging and has published more than 785 peer-reviewed articles, written more than 100 book chapters and non-peer-reviewed manuscripts, co-edited a Neuroscience Encyclopedia and edited four books on neuroimaging for mental and addictive disorders.