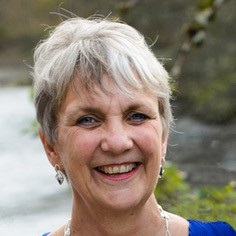 
In countries where smoking amongst those in custody is still permitted, the prevalence of smoking among prisoners remains at levels not seen for many decades in the general population. This presentation will summarise key findings from the three-phase Tobacco in Prisons (TIPs) study of the implementation of smokefree prison policy in Scotland in November 2018, and an associated study on the introduction of e-cigarettes into Scottish prisons. Drawing on data from focus groups, interviews and surveys with staff and prisoners, and air quality measurements in all Scottish prisons, undertaken before (Phase1), in the lead up to (Phase 2), and after Scotland’s successful implementation of smokefree prisons in November 2018 (Phase 3), the presentation will discuss the challenges to and impacts of moving from an environment in which 70-75% of prisoners were smoking to smokefree prisons.

TIPs is funded by the NIHR Public Health Research board and the associated study of e-cigarettes in prisons is funded by Cancer Research UK’s Tobacco Advisory Group.

Professor of Behavioural Sciences and Health, University of Stirling

Kate is Professor in Behavioural Sciences and Health at the Institute for Social Marketing at the University of Stirling and an Honorary Professor at the University of Glasgow. Kate’s research experience and interests have covered a wide range of areas, including: gender, health, health behaviours and help-seeking; commercial/media influences on health; designing and evaluating gender-sensitive interventions; evaluation of policy change within the Scottish prison service; and experiences of health and illness. She is President Elect for the Society for Social Medicine and Population Health.

Implementation of smokefree prisons in Scotland: Findings from the Tobacco in Prisons (TIPs) study