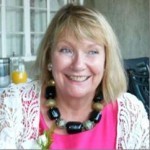 Val Curran is founder and director of UCL’s Clinical Psychopharmacology Unit.   For 25 years she has been researching the psychological effects of drugs that act on the human brain. Her research currently concerns: 1) the short- and long-term effects of ‘recreational’ drugs – MDMA, cannabis, stimulants and ketamine –  on cognition, emotion and the brain; 2) transitions from substance use to misuse to addiction to recovery and relapse; 3) differential effects of cannabinoids on cognitive, emotional and dependence-related processing.  Val was an undergraduate at Cambridge, completed her PhD at London University and is a qualified Clinical Psychologist. She worked at the Institute of Psychiatry from 1984-1995 and since then has been at UCL. She has been a Principal Editor of the journal Psychopharmacology since 2003.  Val has 3 daughters, is a founder member of the Independent Scientific Committee on Drugs and Research Lead at a NHS Drug Services.