“Some of the work that I’ve been doing with the SSA is to develop the concept of a standard THC unit.” 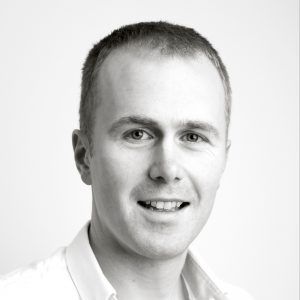 Dr Tom Freeman is a Senior Lecturer at the University of Bath. Tom completed his SSA funded fellowship in 2020; you can read about his fellowship experiences here.

SSA: Can you tell us a bit about what you have worked on since finishing your SSA fellowship?

TF: “So, with the SSA fellowship I had three main streams of work. One was characterising changes in cannabis products in international cannabis products. With the support of the SSA, I visited the EMCDDA in Lisbon and worked on characterising changes in cannabis potency and price across Europe. Since then I have been conducting a meta-analysis of all international studies. The article has been re-submitted to Addiction following revisions and this is my most recent piece of work.”

What did you find?

“I found that between 1970 and 2017 there was an increase in tetrahydrocannabinol (THC) potency in international cannabis markets but stable levels of cannabidiol (CBD). So, there were increases in the intoxicating component, but stable levels of the non-intoxicating component. In herbal cannabis, this was driven by a rise in the high THC forms of cannabis relative to the low THC forms.

Another thing I’ve been doing through my fellowship that’s lead to further opportunities is work on harm reduction. So, with alcohol we have clear public heath guidelines in terms of safer use: we have a concept of a standard unit of alcohol and we have guidelines such as not exceeding 14 standard units per week for men and women in the UK. For cannabis we don’t have this yet. There are some initial lower risk guidelines published through commissioned work in Canada. But these don’t contain any recommendations for how much you should use. They might say “try to use it less” or “try to use the safer products”. But nothing about how much you use. This is very different to alcohol where we have clear quantitative recommendations.

So, some of the work that I’ve been doing with support from the SSA is to develop the concept of a standard THC unit. This fits in with the work that I’ve done measuring changes in cannabis products, whereby as the THC potency rises, people are exposed to more THC. I’ve also shown that these changes are related to increased harm, both in terms of severity of cannabis use disorder and increased treatment seeking for cannabis problems. One way to overcome this is by having recommendations for harm reduction, so that when THC potency rises you can adjust your use to avoid harmful consumption by using standard units of THC.

This work was published as a debate piece in Addiction, and since then the director of the US National Institute on Drug Abuse (NIDA) Nora Volkow and her colleague Dr Susan Weiss commented on this. They supported the initiative and have since asked for information from the wider community through NIDA about the concept of the 5mg standard THC unit.

Alongside this, also with the support of the SSA, last year we organised a workshop at Lisbon addictions, the International Cannabis Toolkit Workshop. And in parallel to the standard THC unit, we’re trying to develop standardised tools for measuring cannabis use, both in legal markets such as some in the US and in Canada, and in illicit markets such as those in the UK and Australia. What we want to do is allow people to quantify cannabis use in a standardised way using an internationally accepted toolkit. Alongside standard THC units it’s another way for clinicians, researchers and people who use cannabis to monitor consumption and encourage safer patterns of use.”

So, in the last 50 years cannabis has become progressively stronger with higher levels of THC. What do you think has driven that increase? You made some comparisons with alcohol. It would be as if, in the 70s everyone was drinking beer and now everyone’s drinking spirits, but we haven’t seen that cultural change, whereas with cannabis it does seem that it’s become stronger and stronger. Is this down to market forces or is this to do with illicit markets?

“It’s an interesting question and one that does depend on the individual country and time. So overall in the meta-analysis we found among all the international markets there was this progressive, annual rise of 0.3% THC for herbal cannabis and 0.6% for cannabis resin. So, we know that the increase has been particularly strong in cannabis resin. We believe this is due to Moroccan producers recognising that their cannabis resin was in competition with domestic European herbal cannabis that was very easy to produce locally. So, rather than producing their traditional crops that had balanced levels of THC and CBD, they realised that, in order to compete with herbal cannabis, they had to increase the THC concentrations, and they’ve done this by using Dutch seeds. So now the kind of cannabis that’s been growing in The Netherlands for the past 20 years has been taken to Morocco, replacing the old traditional strains, and this has been used to produce cannabis resin of a higher THC concentration.

We’ve also seen the emergence of concentrates, particularly in legal markets in the US where they represent over 20% of sales. This is similar to the spirits comparison, because concentrates can be approximately, and in excess of, 80% THC whereas high potency herbal cannabis would typically be between 10 and 25%.

With herbal cannabis, what we found in the meta-analysis was that the increase in THC was driven by the high THC forms replacing the low THC forms. So, it’s the indoor grown sinsemilla replacing the outdoor grown traditional crops.

So, I’d say it was a combination of market factors which we’ve seen both in illicit markets and legal markets. It’s interesting because it goes back to the question of “if you legalise cannabis, will be become safer?” And what we’ve seen is that in legal markets the increase in THC potency has been particularly strong in recent years. When measured alongside the price, the price has gone up in illicit markets but has gone down in legal markets. So overall the legal markets have generated less safe cannabis products. So, in very different environments we’ve seen changes that are different, driven by very different forces, but both producing increases in THC potency.”

So when can we expect to see the unit measurement on bags of cannabis?

“The responses we’ve had so far from the research community, including from NIDA and others in the USA, Canada and UK have been very supportive. When can we see this in practice? It is difficult to say. It is important to remain optimistic but as we’ve seen with other initiatives such as minimum unit pricing for alcohol, policy changes sometimes lag behind the science.”

Do you know a researcher who has made a ‘significant and specific contribution’ to the addictions field?