Professor Gerda Reith, who will deliver her keynote speech ‘Gambling related harms: moving towards a public health perspective in Great Britain’ on Friday, told the SSA that a review of the 2005 Gambling Act is necessary if we are to change the way we look at the issue of gambling addiction in the UK.

Professor Reith (pictured below), of the University of Glasgow, believes the UK is at a tipping point in the way we talk and think about gambling in society right now. 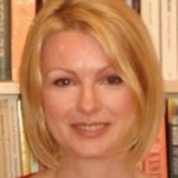 “It’s increasingly moving up the public health agenda, and is being discussed in public discourse, in party political debate, in the media, in terms of its impacts on health and wellbeing of individuals and society more generally” said Professor Reith.

“This kind of shift is long overdue because while the impacts of gambling are increasingly felt, it hasn’t received anything like as much attention as other public health issue like tobacco and alcohol harm and mental health issues.

“There’s been a shift from talking about gambling as an individual addiction that only affects a minority of the population who can’t, or don’t, gamble ‘responsibly’, towards looking at the broader harms of gambling, that go beyond the individual affected and ripple out to impact on families, friends, communities and society.”

Professor Reith believes that this shift in perspective is significant for a number of reasons. She added:

“One is that broadening the focus has implications for estimating its economic and social costs. Harms affect a much larger proportion of the population than just the individual problem gambler– for every one person with problems, an estimated five to 10 people are adversely affected

“In Australia, for example, it’s estimated that the burden of harms that gambling places on health and wellbeing is of similar magnitude to alcohol misuse and dependence. Behind the numbers are ruined lives, families torn apart, relationships, homes and, in extreme cases, even lives lost.”

Another aspect of this perspective she says is that, “broadening out the focus from the individual to the harms of gambling allows you to also look at wider drivers of those harms. In this case, this is the wider environment that gambling goes on in, which in turn is shaped by commercial, policy and regulatory forces.”

At the moment, Professor Reith says, we have a ‘perfect storm’, “where increasingly sophisticated kinds of technology and marketing have been enabled by neo-liberal policies, and this has resulted in a large-scale expansion of commercial gambling throughout society”.

Professor Reith argues that legislation that needs to be changed to reduce the harms of gambling. She added:

“There have been calls for more treatment and more funding for treatment, which I absolutely agree with. But really, you need to prevent these harms from happening in the first place. You need to treat the causes, not just the symptoms, and for that you need upstream measures.”

According to Professor Reith, those upstream measures lie in a review of the 2005 Gambling Act. She believes that gambling legislation should be reframed to focus on the protection of public health rather than on commercial promotion.

“Gambling harm itself isn’t just an individual-level problem, prevention activity can’t just be focused on individuals, either,” she said.

“We need population level approaches that consider the broader environmental and commercial determinants of health, as with public health approaches to other problems”.

“Population level prevention requires legislation and much stricter regulation that tackles the fundamental ways that gambling is made available: that address things like availability, access, licensing, advertising, and the design and price of products.”

Professor Gerda Reith will appear at the Current Advances in Gambling Conference this Friday, which is being supported by the SSA.