To update on new epidemiological evidence regarding the roles of alcohol consumption as a risk factor.

Statistical analyses based on systematic review of literature on:

where RR(x) = the relative risk of alcohol consumption (current drinkers).

P(x) = the prevalence of alcohol consumption; distribution of exposure

P'(x) = the prevalence of alcohol consumption under counterfactual scenario

but including the elevated risk for former drinkers and the mediation of the above risk of volume of drinking by heavy drinking occasions.

Causality is determined using the usual epidemiological criteria with special emphasis on biological pathways.  Alcohol exposure is derived separately by country from per capita consumption data based on production and sales plus unrecorded consumption, triangulated with results from surveys. Relative risk is determined by a series of meta-analyses.

Alcohol was found to be related to more than 100 ICD categories.  The majority of the effects of alcohol on burden of disease are detrimental.  Major results are summarized in Table 1.

This Table does not yet include the impact of alcohol on tuberculosis and other infectious disease.

The burden of disease associated with alcohol consumption is large.  Suitable interventions are needed. 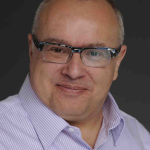 
Jürgen Rehm (Ph.D. psychology and methodology; University Mannheim 1985) has been working in the area of substance use for over a decade and is Co-Head of the Public Health and Regulatory Policy section at the Centre for Addiction and Mental Health in Toronto, Canada. He also holds a Chair position in Addiction Policy, Dalla Lana School of Public Health, University of Toronto, and is Director of the WHO Collaboration Centre on Substance Abuse at Zurich.

Dr. Rehm has published over 400 peer-reviewed articles and book chapters in issues related to substance use and abuse, mainly related to epidemiology, economics and policy. He was awarded with the Jellinek Memorial Fund Award for outstanding contributions to the advancement of knowledge on alcohol/alcoholism: exemplary research contributions of fundamental importance in alcohol epidemiology and for international leadership in the
applications of state-of-the-art methods in population studies in 2003. He has been responsible for the Comparative Risk Assessment (CRA) on alcohol within the Global Burden of Disease 2000 study, and is currently Co Principal Investigator of the CRA on the same topic within the GBD 2005 study. Dr. Rehm has also been PI on numerous projects for the World Health Organization, the World Bank, the National Institutes of Health and various
governments.