2015 legislation for smoking in cars with children

From October 1st 2015, in England and Wales it is illegal to smoke in a vehicle with anyone under the age of 18. Both the smoker and the driver (for allowing it to happen) could be fined £50. 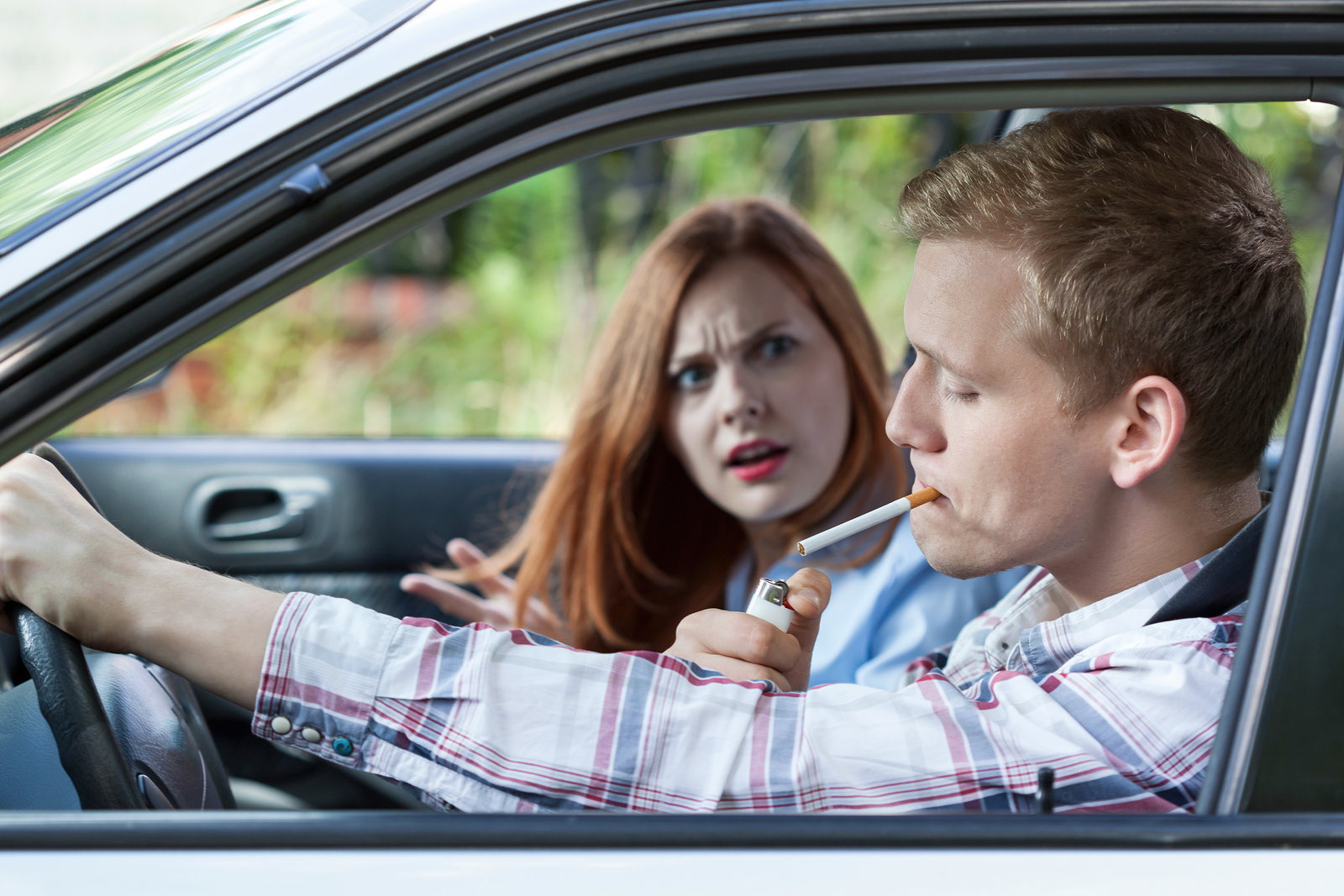 According to the Government, the law applies:

to any private vehicle that is enclosed wholly or partly by a roof
when people have the windows or sunroof open, or the air conditioning on
when someone sits smoking in the open doorway of a vehicle

The law does not apply to:

The law has been introduced to protect young people from the dangers of second hand smoke, an extension of the smoking ban in public places in 2007.

The argument for why cars were singled out for Government legislation, was that the levels of chemicals and toxins produced by a single cigarette are extremely high in a vehicle. The restricted space creates higher levels of toxins than what can be reached in a regular room (Ott, Langan & Switzer, 1992). In a study carried out by Scottish Centre for Indoor Air, which looked at fine particle matter as a marker of second-hand smoke and logged the journeys of smokers and non-smokers, it was found that unsurprisingly, second hand smoke was higher in cars with smokers (Semple, 2012).

In 2010, in a survey that asked smokers whether the UK should implement a smoking ban in cars, it was found a majority of 75% were in support (Hitchman, 2010). Arguments on the dangers of second-hand smoke are well established and the benefits of smoke-free laws can be seen from the smoking ban in 2007. For example, second hand smoke exposure has reduced by 80-90%, and hospital admissions specifically for heart attacks and asthmatic children have reduced. Children are particularly vulnerable to the dangers of second-hand smoke. Cigarette smoke exposure increases risk of cot death, asthma and respiratory diseases, and there is no safe level. Children, therefore, must be protected from second hand smoke in cars.

With such compelling evidence and support (regulations were passed in the commons with 342 MPs in favour), it is surprising that this legislation was only introduced in 2015.

However, there are arguments against the ban. The ban is seen to be unnecessary, the director of the smokers’ group Forest argued that smokers already know that smoking in a car with children is inconsiderate, and it is therefore redundant. In addition, it has been argued that the law cannot be enforced. Recently in a Radio 5 live freedom of information request, it was asked whether the ban had been enforced since its implementation, and only six warnings had been issued, and no fines or court summons.

This ban is still in its first year and therefore time will tell whether this legislation is a much needed intervention for the health and safety of children, or it is unenforceable.

Scotland and Northern Ireland are in motion to introduce the ban in the near future.