Take-home Naloxone and the Potential to Prevent Overdose Deaths

The second session of the 2015 Symposium was dedicated to take-home naloxone. Naloxone is an opioid antagonist that can reverse respiratory depression if administered to the opioid overdose victim in a timely fashion. It is nearly 20 years since it was first proposed that take-home naloxone should be provided to heroin users themselves, or to their family members/carers, for emergency use in the event of an overdose. By reducing the time to naloxone delivery while waiting for an ambulance to arrive, lives could be saved. 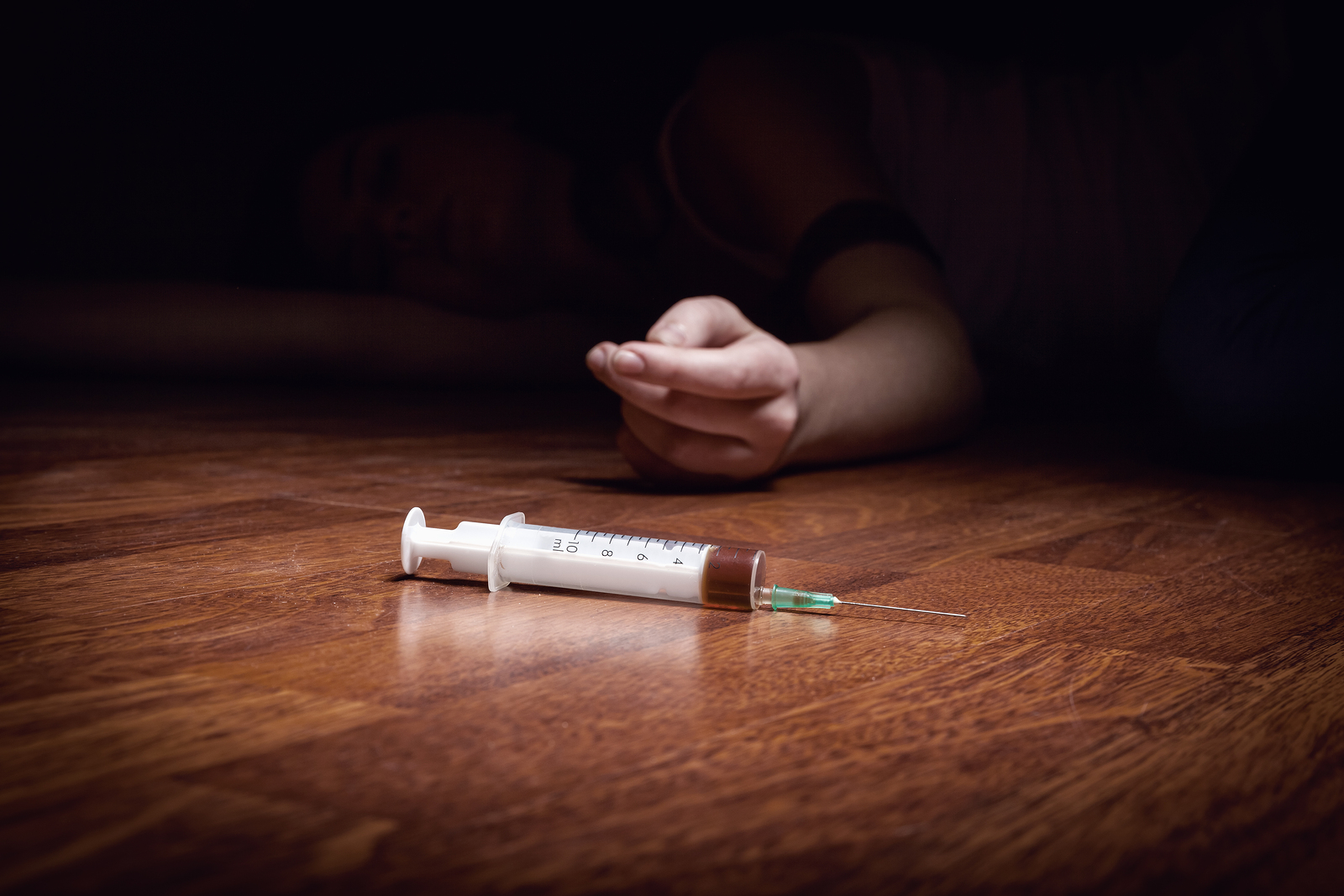 In the first talk of the session, Rebecca McDonald of King’s College London reviewed the current evidence for the effectiveness of take-home naloxone provision. Rebecca presented the results of a systematic review of 22 observational studies of take-home naloxone implementation, which had been carried out in Canada, Germany, the UK and the US between 2001 and 2015. The results were evaluated using the Bradford Hill criteria, a set of nine criteria that can be used to assess the impact of public health interventions when only observational data are available. Rebecca’s analysis showed that the evidence from the studies met seven of the nine Bradford Hill criteria. She concluded that take-home naloxone programs have a low rate of adverse events and effectively reduce the rate of deaths from opioid overdose among program participants and in the community. On this basis, take-home naloxone programs should be the standard of care for the community-based prevention of opioid overdose deaths.

Rebecca’s presentation was followed by Andrew McAuley of Health Protection Scotland presenting on the Scottish National Naloxone Programme, its origins, key components, and impact to date.

In April 2011, Scotland became the first country in the world to implement a National Naloxone Programme (NNP), centrally coordinated and funded by the Scottish Government. There was strong political support for take-home naloxone as a strategy to reduce the rate of drug-related deaths in Scotland, the highest in the UK. As part of the NNP, take-home naloxone is available to current and former opioid users (and to nominated representatives upon consent) in the community as well as prisoners-on-release. In the four years since the programme was launched, over 20,000 naloxone kits have been issued in the community (84%) and prisons (16%), with close to 5,000 returns for naloxone refills. Those requesting refills reported administering naloxone in almost 1,500 overdose cases. The primary outcome indicator from the Scottish NNP is positive: the percentage of opioid-related deaths occurring within 4-weeks of prison release has almost halved during the first three years from a pooled baseline of 9.8% (2006-10) to 5.4% (2011-14). However, Andrew also pointed out that the take-home naloxone story is not always straightforward. While survey data shows that the reach of the Scottish National Naloxone Programme has increased among people who inject drugs from 8% in 2011-12 to 32% in 2013-14, the proportion of users reporting carrying the naloxone kit decreased across the same time period from 16% to 5%. This data needs to be explored further but suggests a potential need for development of the training model to ensure naloxone is always available when required.

In the third talk of the naloxone session, Dr Jo Neale of King’s College London discussed opiate users’ views and experiences of emergency naloxone, with particular focus on implications for clinical care. She presented a qualitative re-analysis of data from 1997-99 of 200 face-to-face interviews conducted with heroin/opioid users in Glasgow and Dundee. Many of these interviews had been conducted in emergency departments within a few hours of the overdose occurring. The interviews were supplemented by observational data from hospital settings. The central aim of the analysis was to identify any evidence of harm caused by excessive naloxone dosing (‘over-antagonism’), such as withdrawal symptoms, adverse events or other negative consequences.

Participants had poor general knowledge of naloxone and its pharmacology, and negative attitudes towards the antidote prevailed. They repeatedly reported harm caused by naloxone over-antagonism, including acute withdrawal symptoms, which led some patients to refuse treatment, become aggressive, discharge themselves from hospital, and take additional street drugs to counter the naloxone effects. In contrast, observational data showed that hospital doctors did not seem to administer naloxone incautiously.

Dr Neale’s findings point to the importance of establishing trust between emergency medical providers and opioid users. She concluded that protocols are required for titrating naloxone dose against response (both in the emergency medical as well as in the community-based setting) to minimize the risks of acute withdrawal symptoms and of users refusing treatment or discharging themselves and re-entering potentially fatal overdose.

As the first international speaker at the 2015 Symposium, Professor Thomas Clausen of the University of Oslo (Norway) presented on a new Norwegian take-home naloxone trial, which uses intranasal naloxone.

With an estimated 10,000 opioid users, Norway is among the European countries with the highest drug overdose mortality rates. In order to reduce the number of overdose deaths, the Norwegian Minister of Health launched a national overdose prevention strategy in 2014, with zero-vision for overdoses in the long-term. The strategy comprises the provision of overdose prevention training and of take-home naloxone kits to opioid users (any treatment status), users’ family and peers, police officers, and staff members at treatment facilities. The trial is being run in the country’s two largest cities (Bergen, Oslo), where the naloxone nasal spray kits (i.e. 2mg/2ml prefilled naloxone syringe with a nasal adapter attached) are available at a range of treatment settings as well as upon prison release. Professor Clausen presented promising 15-month data: as of October 2015, 1,500 intranasal naloxone kits had been distributed, with over 400 returns for naloxone refills. Those requesting refills reported successful overdose reversals in more than 90% of uses. Reflecting on the success factors of the pilot, he concluded that cooperation with existing harm reduction and treatment facilities and support from government were crucial for the rapid dissemination and scaling up of the intervention.

In the final talk of the session, Professor John Strang of King’s College London discussed the major progress made with take-home naloxone policy in the UK over the past 15 years, but highlighted what still needs to be done.

In the early and mid-2000s, research studies began to emerge which showed that opioid users and their carers were not only very supportive of take-home naloxone provision, but could also be trained to accurately recognize the signs of an overdose and safely administer naloxone to the overdose victim. In 2005, naloxone was added to the UK list of injectable medicines that may be legally used by anyone for the purpose of saving a life in an emergency. This paved the way for first national take-home naloxone programs which were launched in Scotland and Wales in 2011. Evaluations of the Scottish and Welsh programs and of international studies of take-home naloxone implementation strengthened the evidence base, and the World Health Organization released influential new guidelines in 2014, recommending that anyone likely to witness an overdose should have access to the antidote. In October 2015, the legal status of naloxone in England was revised to make it exempt from prescription-only medicine requirements when supplied by a drug service commissioned by a Local Authority or NHS.

Professor Strang addressed current barriers to naloxone access, highlighting the lack of licensed non-injectable formulations and the hesitance of health commissioners about take-home naloxone as central obstacles to wider provision. He concluded that an opt-out policy should be adopted, whereby providers would need to universally provide take-home naloxone to all at-risk patients, unless an individual patient explicitly chooses not to receive the antidote (‘opt out’).