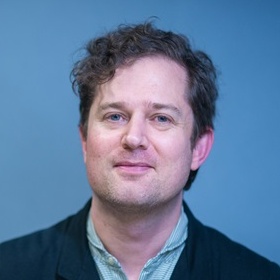 Professor of Substance Use

Harry is Professor of Substance Use at the Centre for Public Health and Liverpool John Moores University. His funded research has primarily focused on the evidence base for drug and alcohol misuse prevention, and an exploration of ways to improve the implementation of evidence-based preventive practice and policy. His research team at Liverpool John Moores University is currently investigating a number of specialist areas, including: alcohol harm reduction; quality standards and guidelines for drug demand reduction; understanding the factors that contribute to risky behaviours and situations, and young people’s addiction policy. Harry is a Board Member of the European Society for Prevention Research (EUSPR) and a member of the UK Advisory Council on the Misuse of Drugs (ACMD).

Alcohol use is one of the top five leading risk factors for death and loss of health in the UK. Alcohol consumption can also have social and economic consequences, both to the individual and society. The majority of adults in the UK consume alcohol, and its use both influences, and is influenced by, social and cultural norms. However, around a quarter of men and a sixth of women drink at levels associated with an increased risk of suffering physical or psychological harm. Although alcohol-related problems affect individuals and groups across social and economic strata, there is a gradient in the risks of ill health by socioeconomic status (SES) such that those with low personal or neighbourhood SES are much more likely to die or suffer from a range of diseases, including those related to alcohol. This has been termed the alcohol harm paradox.

This presentation will present evidence for the paradox and examine some of the proposed pathways and mechanisms through which SES and alcohol-related harm are associated. In work funded by Alcohol Research UK (ARUK) a series of systematic reviews, secondary analysis of a household survey, and a new English national alcohol survey were undertaken. This led to the development of a model that outlines some of the most important individual level factors, and systemic and structural determinants of the harm paradox. Finally, in light of the recently announced (July 2015) English Government consultation and review on employment outcomes in welfare recipients with problematic alcohol use, the talk will consider some of the hypothesised pathways and mechanisms linking poverty and deprivation to alcohol.

SSA · SumnallH Alcohol Harm Paradox Fri Nov 15
We use cookies on our website to give you the most relevant experience by remembering your preferences and repeat visits. By clicking “Accept”, you consent to the use of ALL the cookies. However you may visit Cookie Settings to provide a controlled consent.
Cookie settingsACCEPT
Manage consent