Addiction and the Family International Network: Richard Velleman talks to the SSA

“Family members are hugely neglected. They’re neglected in treatment, very commonly treatment deliberately excludes family members, but if they do include them, they do it reluctantly or they involve them as a means of influencing the drinker or drug taker or gambler” 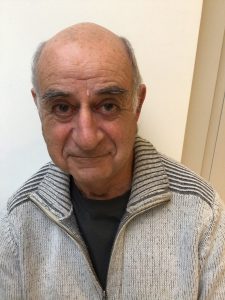 Professor Richard Velleman is an emeritus Professor of Mental Health Research at the University of Bath, Co-director of the Addictions Research Group in Sangath – a health and research NGO in India, and one of the founders of AFINet – Addiction and the Family International Network. The SSA recently caught up with Dr Velleman to find out more.

SSA: How did you first get interested in family work?

Prof. Velleman: “My colleagues and I have been working with addiction and families for many years. I started when I was training as a clinical psychologist in the 1970s. Jim Orford ran the training course in clinical psychology in Exeter and he had been interested in how addiction affected the family for about 10 years before that. I got on very well with Jim and basically followed in his footsteps – I became an expert in addiction with an interest in the family because that was what he was.”

“We then did a whole range of different research projects and practice projects about addiction and the family; increasingly we were getting involved in international work. We did quite a lot of work in Mexico, and in Australia in the Northern Territory with the aboriginal population there, and in Italy, as three examples.”

“In 2011, we got a grant from the SSA to hold a mini conference on the edge of the society’s annual meeting in York. That grant allowed us to invite people from low- and-middle income countries who were interested in addiction and the family, and that event went very well. As a result, the SSA then gave us another grant to help us set up an international network, so we did; and in 2014, AFINet was formed.”

“AFINet is ‘Addiction and the Family International Network’. Worldwide, there are lots of people with addiction-type problems, and each of those people is certain to be affecting others, usually people in their family – sometimes that will be their family of origin, and sometimes it will be their constructed family, and sometimes these affected people can be others: friends, work colleagues, neighbours. Some commentators term all these affected people ‘concerned and significant others’ but that’s a bit of a mouthful so we tend to use ‘family’ as a shorthand for all of them.”

“The point is, family members are hugely neglected. They’re neglected in treatment, very commonly treatment deliberately excludes family members, but if they do include them, they do it reluctantly or they involve them as a means of influencing the drinker or drug taker or gambler, rather than because these people have massive needs in their own right.”

“If you look through UK alcohol and drug policies, you’ll see that the term ‘families and communities’ runs trippingly off the tongue throughout, but they don’t really say anything about either families or communities, other than some focus on children living with parents with addiction problems. We wanted to make practice, policy and research as related to family members much more than just paying lip service.”

“We know there are huge numbers of affected family members out there, but when you set up a research project or a service for family members you are rarely inundated with people. There’s a huge amount of stigma by association.

What does AfINet do?

How does someone become part of AFINet?

“They don’t need to be a member of a professional body: everyone joins in their own individual role and as an individual rather than representing an organisation. There’s an application form on the website, membership is free and we encourage membership from any sector. We currently have around 240 members from 34 different countries. There’s also a group of trustees drawn from quite a wide range of places, including England, Scotland, Northern Ireland, Finland, Germany, Brazil and Holland.”

You’ve been putting on a series of webinars, what topics are you covering?

“We started this in October. The first one (which I gave) was a background piece on how family members are affected; and then about the Stress, Strain, Coping, Support model and the 5-Step Method. The webinars have been monthly since then. We’ve had someone from Finland talk about the Fragile Child Programme that has been running for more than 20 years in Finland. This is about developing services and ways of helping children affected by addiction.”

“We’ve had a colleague from Brazil give a webinar about using Motivational Interviewing with family members. Jim Orford gave a recent webinar on whether AFINet should do more campaigning or do more to support people who want to campaign. In April we had Prof. Anne Whittaker from Stirling talking about the Parents under Pressure (PuP) programme, developed in Australia for parents of people with alcohol and drug problems. A project was then funded in Scotland to focus the PuP programme on attracting and working with fathers. And on 18th May we have a really interesting Webinar about how to embed a more family-focused approach into a large national organisation (Turning Point).”

“The webinars are open to everyone, normally we get slightly more members than non-members, but it depends on the person and the topic. All the webinars are recorded and available on the AFINet website, as is the up-to-date Webinar programme.”

What is the 5-Step Method?

“So, I mentioned that Jim Orford, myself and various other colleagues have been doing a lot of research in a lot of countries which then led to the formation of AFINet. That research involved doing quantitative and qualitative research with an awful lot of family members. Over that time, we developed a very simple model called ‘The Stress-Strain–Coping-Support Model’. And what that says is that living with somebody in those circumstances is very stressful, and that leads to signs of strain in the family member. The amount of strain that any given amount of stress causes, is influenced by two important factors: one of them is how you cope and the other one is how much support you have”

“We’ve actually slightly enlarged that and it’s now the Stress-Strain-Information-Coping-Support Model because we have recognised that information is really important. The amount of strain caused by any given amount of stress is mediated not just by coping and by support but it’s also mediated by how well informed you think you are.”

“From that, we developed the 5-Step Method (which is not related to the 12-step approach!). Step 1 is listening to family members and allowing them space to tell their story. Step 2 is providing relevant and focused information. Step 3 is going through how that family member currently copes and what the advantages and disadvantages are of those coping methods, and what some alternatives might be. Step 4 is about social support, and not just social support, all forms of support, what they currently have and how they can increase and improve it. And Step 5 is pulling that all together, and then thinking about whether that person needs further help, and if so, what that might be.”

“Quite a lot of research has been done about the 5-Step Method, but we always need more. We’re planning to improve the research evidence for that even further”.

If people are interested in learning more about family members and addiction, where should they look?

“Well, the AFINet website is a good place to start. As I say, AFINet is primarily for researchers, practitioners and policy makers, so if you are a family member I would recommend that people go to the ADFAM website in the UK, and there will be similar things in other countries. But for research or practice pr policy purposes I’d recommend going to the AFINet website.”

A short history of gambling laws and regulations

7 things we learned at the CAGR gambling conference

Events News Research
We use cookies on our website to give you the most relevant experience by remembering your preferences and repeat visits. By clicking “Accept”, you consent to the use of ALL the cookies. However you may visit Cookie Settings to provide a controlled consent.
Cookie settingsACCEPT
Manage consent