Alcohol and suicidality in the ‘Place of Safety’: John Robins talks to the SSA

“Alcohol intoxication and suicidal intent are both very dynamic. People sober up and people also change their mind about whether they want to kill themselves.” 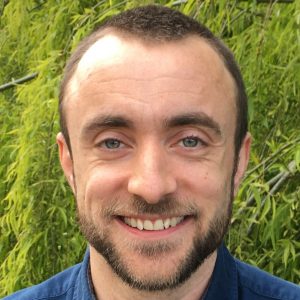 John Robins is a PhD student at King’s College London researching alcohol use and suicide risk in the ‘Place of Safety’. The SSA caught up with John to find out more.

SSA: Your article looked alcohol use and suicide risk in the ‘Place of Safety’. Can you explain a bit about the Place of Safety and what it does?

John Robins: “Sure, so the concept of the ‘place of safety’ has been around since 1983 and the inception of the Mental Health Act. Specifically, it goes hand-in-hand with section 136 of the Mental Health Act, which is used by police to detain people who they believe are “suffering from a mental disorder in immediate need of care or control”, which usually means people who are suffering from psychotic symptoms – hallucinations and severe paranoia –  or who have attempted suicide. A place of safety is simply the place that the police can take the person to for up to 24 hours. On paper this could be anywhere such as a hospital ward where they can be securely looked after and assessed, but in reality, historically, this has often meant police cells.”

“In 2017  the South London and Maudsley NHS Trust opened up a purpose-built health-based Place of Safety. So, whereas before, you had different places of safety around the SLaM boroughs, there is now one centralised Place of Safety with a dedicated team where people can be taken for acute psychiatric assessment if they’re found and detained by police in South London.”

“As well as providing crisis care at a critical moment,  the centralised Place of Safety provides a wonderful resource to conduct research which is otherwise difficult to do. The incredibly detailed record keeping allows us a unique insight into the evolution of psychiatric crisis in those who are affected by substances as well as those who are not.”

What’s the issue with the place of safety and alcohol use?

“Suicidal behaviour and alcohol use are profoundly connected in this setting. We found that over 70% of suicidal detainees in the Place of Safety are intoxicated with some form of substance, and among the intoxicated, alcohol is involved over 80% of the time.”

“We wanted to know whether suicidal intent subsides as people sober up in the Place of Safety, and whether this actually accounts for people whose suicide attempt has involved alcohol being more likely to get discharged than admitted for inpatient care”

Your research used the anonymised medical records of people who had attended the Place of Safety. What in particular were you looking for in those records?

“We used the Clinical Record Interactive Search tool (CRIS). Basically CRIS allows us to search the anonymised electronic patient records of all patients in SLAM services, including all records made by any clinician working with that patient, across multiple episodes of care. The records are all completely anonymised, there’s no NHS numbers, no names, nothing like that, all the information you pull out is completely anonymous. But you’ve got a lot of detailed information.”

“We were looking for evidence of alcohol use just before a patient was detained by police. We also looked for demographic variables, other substance use, psychiatric diagnoses, the circumstances of that person’s detention and how their suicidality progressed over the period of their detention, which is typically less than 24 hours.”

“We were particularly interested in whether people were admitted to inpatient psychiatric care or discharged to community services after their detention. We know in general that when alcohol is involved in a suicide attempt those individuals are more likely to be discharged after crisis care and this seems counter-intuitive because it’s such a significant risk factor: the World Health Organisation (WHO) has said that if alcohol didn’t exist 1 in 5 suicides would not occur.”

“This apparent paradox may be because both alcohol intoxication and suicidal intent are dynamic. People sober up and people also change their mind about whether they want to kill themselves. In fact, clinicians observed to us that people who tried to take their life while intoxicated often felt very differently the next morning and wanted to go home, and this has not been explored much in the literature.  We wanted to know whether suicidal intent subsides as people sober up in the Place of Safety, and whether this actually accounts for people whose suicide attempt has involved alcohol being more likely to get discharged than admitted for inpatient care.”

Is this specific to alcohol or do you see similar patterns with other substances.

“Well it’s certainly true that other substances also increase suicide risk – for example, cocaine and heroin use and dependence are associated with a disproportionate risk of suicide. However, alcohol is overwhelmingly the most common drug of abuse and so whilst other substances are associated with an increased suicide risk, you just don’t get the numbers that you do with alcohol because it is so commonly used in our society. And there’s no level of alcohol consumption that doesn’t have an increased risk associated with it.”

What did you find in your research?

“Originally we thought we might find that a more rapid resolution of suicidality in the intoxicated would account for the differences in onward care. Our findings have not borne this out, so we need to investigate this further in order to understand what is going on.”

“Some of the reasons that have been previously speculated also don’t seem to be the case here; we adjusted for psychiatric disorder as well as sex, other drug use, ethnicity and age, and the results we reported were after adjusting for these factors.”

“In this study we didn’t follow up what happened to people after they left the Place of Safety, so we don’t know if this disparity persists in longer term outcomes, but research in similar populations elsewhere suggest that patients in suicidal crisis in association with alcohol face barriers to community mental health treatment. Our results do emphasise the need for care pathways which meet the diverse needs of all those who attempt suicide; most drinkers aren’t dependent and may not reach the severity threshold for secondary addiction treatment services. Likewise, there is often not a severe psychiatric disorder which would reach the threshold for secondary community psychiatric care. So what is the appropriate onward care pathway for these people after the immediate crisis has subsided and their stay in the Place of Safety is over? Suicidal ident can rapidly resolve, but it can also rapidly return.”

Where should people look if they want to know more about alcohol, suicide, the place of safety and your research?

“The full paper we’ve been discussing is open access and can be found at https://doi.org/10.1111/dar.13231, and a follow-up paper which looks at longer term outcomes has just been accepted by Drug and Alcohol Dependence so look out for that. If you want to know more about the SLaM centralised Place of Safety https://www.healthylondon.org/wp-content/uploads/2018/11/SLaM-Centralised-Health-Based-Place-of-Safety-Evaluation-Oct-2018.pdf  is a good place to start. I’d recommend https://www.maudsleybrc.nihr.ac.uk/facilities/clinical-record-interactive-search-cris/ if you want to find out more about the CRIS tool. I’ll also be at this year’s SSA conference where I’ll be presenting a symposium on alcohol and suicidal behaviour, with Prianka Padmanathan and Sarah Ledden. And you can get hold of me directly at john.robins@kcl.ac.uk.”