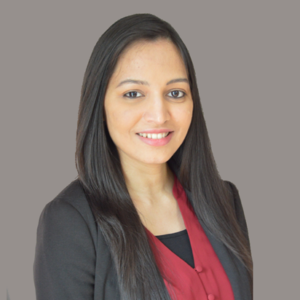 Saba Ishrat is one of the latest people to have been awarded an SSA PhD Studentship and is due to start her PhD in October 2021. Her studies use brain imaging to explore cognitive damage, dementia and alcohol use. In late June 2021, we caught up with Saba to find out more.

SSA: What do you plan to study during your PhD?

Saba: “I got selected by the university of Oxford to pursue D-Phil in Psychiatry, and I’m going to study alcohol consumption related brain damage and other health outcomes related to alcoholic dementia. We are going to use a technique called Mendelian randomisation and use the UK biobank, which is a big sample of data.

So, this approach is important because most of the studies that were performed on neuroimaging are association based, where researchers established some kind of link between the two. But with mendelian randomisation, we use genetic instrumental variables to try and establish a causal analysis. That there might be a causal link between the two and that it’s more than just an association.”

“We will be able to study the changes that occurred in the brain at different levels of drinking compared with non-drinkers. We are going to use the MRI datasets as well as some of the genetic data acquired through blood samples.”

So, are you looking for a causal link between alcohol use and dementia?

“Yes, whatever brain damage is caused because of alcohol consumptions. There have been recent studies showing links with alcohol use and dementia. The current studies have shown that even at moderate consumption there have been adverse effects, proposing that there is no safe level of drinking. The brain pathologies that they found were related to white matter shrinkage, reduced grey matter volume or an enlargement in brain ventricles. In one of the studies I read, there was shrinkage of the hippocampal region, which is associated with learning and memory, so that might be associated with dementia risk.

We will look at such changes in population who use alcohol in comparison to those who don’t. So, at different levels, not just among alcohol dependent drinkers, but among moderate drinkers too. We are hypothesising that brain damage and dementia is accruing and this is not just an association but also a causal inference.”

You’re going to use data from the UK biobank, can you explain a bit about this source of data?

“Yeah, so the UK biobank data has neuroimaging data related to the structural MRI, functional MRI, diffusion MRI, that have been scanned since 2006. We will look at cross-sectional data to figure out what changes occurred and as well as in terms of longitudinal aspect. There have been follow-up studies done later after 2006 till date, so we are going to examine the follow-up changes in this whole 5-year and 10-year span.

We will be able to study the changes that occurred in the brain at different levels of drinking compared with non-drinkers. We are going to use the MRI datasets as well as some of the genetic data acquired through blood samples.

These subjects have also been through cognitive investigations at different stages. So, then we are using the MRI data combined with the genetic data and then we evaluate the cognitive outcomes of these subjects.

The overall sample in the biobank is like 500,000. But I don’t yet have access to the data so I can’t say how many samples I can find at different levels of drinking stage. I’m not aware of this yet. Maybe when I start my project.”

What first interested you in looking at the cognitive effects of alcohol use?

“When I started my neuroscience programme, I was interested to study the brain, especially using non-invasive MRI techniques. With that data, you have a lot of options to see the structural and functional patterns of the brain.

I currently work with tuberous sclerosis complex in infants trying to see the effect of the tubers and white matter microstructural abnormalities on cognitive outcomes. I have already worked with neurocognitive investigations in infants, so I was very interested when I heard about this project using neuroimaging techniques, genetic data and applications on alcohol consumption for investigating cognitive damage.

When I tried to find papers regarding this, I didn’t see a lot of research in the neuroimaging aspects. Even the previous studies suggested that moderate alcohol consumption is good for the health. But in recent studies there have been findings stating that there is no safe level of alcohol consumption, which contradicts the previous findings. So, this area is quite novel and has not been studied much.

What has it been like transferring between university in, India, Germany, the Netherlands, Italy and now Oxford?

“So, when I did my bachelor’s and master’s in India, psychology was like a cool subject for me, but when I tried to transit into the cognitive neuroscience it was even cooler, but it was a drastic change. I had to start studying interdisciplinary science mostly related to physics, chemistry, biology of the brain, coding and programming, all of these things in depth.

In the first year of my MSc in Italy, I completed all my courses, 11 courses in total, so I could dedicate rest of my time completely on my research. I wanted a new environment to get more exposure, so I made a plan that I had to do my internship and thesis at two different places. So, that’s why I went to Germany and why I went to the Netherlands and now here in Utrecht working as a Junior Researcher. I graduated last year in March and then continued working on the same project at UMC Utrecht.

So, I’m working on this and meanwhile I was looking for a PhD opportunity and contacting professors. It took a lot of time for me, but finally when I got selected, I was very happy, but I couldn’t get the studentship from the university so then I started searching for funding. That was also very difficult and then finally I was very lucky to find this one studentship from SSA. I was just like fingers crossed.

So yes, it took a lot of patience to do all the work and applying and [laughs] yes.”

Saba Ishrat was interviewed by Rob Calder and the transcript edited for length and clarity.