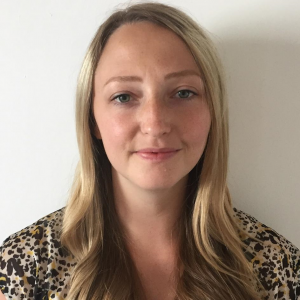 Jo-Anne Puddephat is an SSA funded PhD student. Jo-Anne’s paper on the associations between alcohol, mental health and socio-economic status was recently published in Drug and Alcohol Dependence. We recently caught up with Jo-Anne to find out more:

SSA: You found associations between types of mental health problems and drinking behaviour. Can you say a bit more about your findings?

Jo-Anne: “Yes, so the study used a national dataset from England. We were interested in looking at differences in drinking between people with different types of mental health problems as well as with people with no mental health problems. So, we looked a people who met criteria for, say, depression or a type of personality disorder and how likely they were to be a non-drinker, a hazardous drinker or a harmful drinker. 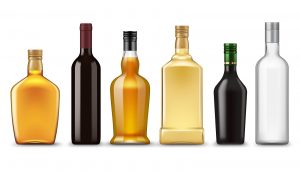 It may be that people with psychotic type disorders have previously drunk alcohol to harmful levels, but that they now choose to not drink at all. This study used cross-sectional data from a single time point, so we can’t tell whether this is the case.

It might also be because it is advisable to not drink on some types of medication that are prescribed for different mental health problems.

The explanation for these differences is something that I’ve been looking into for a qualitative study that has just finished recruiting. So hopefully that will add to the findings of this study.”

Were there any indications about people with multiple mental health problems?

But this was from a sensitivity analysis that we ran, and we didn’t look at all of the other mental health disorders.” 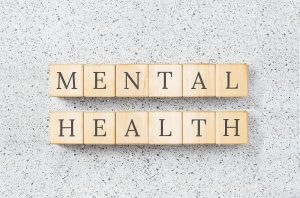 “We know that socio-economic status is associated with drinking and that it is also associated with mental health problems. So, we controlled for participants’ levels of education, whether they were a renter or owned their own home and occupational grade to see whether socio-economic status affected the association between drinking and mental health.

What we found was that a person’s socio-economic status only partially accounted for the association between drinking and mental health; so, it didn’t fully explain those associations. Which suggests that there are other mechanisms going on in the relationship between alcohol and mental health.

What are the implications of your research for policy, treatment or practice?

We also need to work on how to treat both the drinking behaviour and the mental health problem at the same time, and to bring those services more in parallel. I think that our study has shown even more that we need to bring together the substance use and mental health services so that we can target both those things together.”

What are the next steps for your research programme?

“The qualitative study leads on from this. I’ve interviewed people with a diagnosis of a severe mental health problem. They had to be either a non-drinker or to drink alcohol. And if they were a non-drinker, they had to have a history of alcohol use.

I’m interested in understanding participants’ reasons to drink or not to drink and whether there are specific mental health symptoms that influence their decisions to drink. Also, about whether drinking changes according to mood and how this relates to mental health problems. I’ve just finished the interviews, so I just need to analyse the data now.

I’m also running a study at the minute that combines socio-economic status measures, to develop latent profiles of participants in terms of their socio-economic status to see whether, that explains the associations of being a non-drinker or a harmful drinker and having a mental health problem.”

The full-text article, Associations of alcohol use, mental health and socioeconomic status in England: Findings from a representative population survey is available at Drug and Alcohol Dependence