An introduction to autism by Dr Janine Robinson and Chris Torry 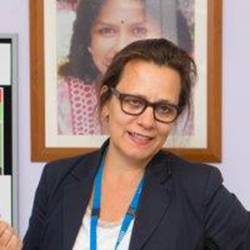 Dr Janine Robinson and Chris Torry from the from the Substance use, Alcohol and Behavioural Addictions in Autism (SABAA) team give an overview of autistic spectrum disorder.

Autism is neurodevelopmental condition usually identified and diagnosed in childhood. Although autistic characteristics and features are generally evident early in life, they can remain undetected for many years due to poor understanding of how autism may present and the tendency for many autistic people* to feel like they need to mask their differences. Autism is a lifelong condition that affects individuals in a range of domains and in a range of ways, including social relationships and communication as well as patterns of activities and behaviours with many autistic people describing a strong preference for repetition and routine. Autism is a spectrum condition involving a complex pattern of development, often with co-occurring conditions like depression, epilepsy, specific learning difficulties (e.g., dyslexia) and general learning disability. This results in a broad clinical spectrum with individuals affected differently and to different degrees. It can also make autism difficult to identify and complex to differentiate from other conditions.

Numerous theories have tried to explain autism, but no one theory can account for it.

Changes to the clinical diagnostic systems – Diagnostic and Statistical Manual of Mental Disorders, Fifth Edition (DSM-5) and International Statistical Classification of Diseases and Related Health Problems (ICD) – mean that autism features are now described in terms of a dyad (two core areas) rather than a triad (three core areas). In addition, previous subgroups, such as Asperger’s disorder (DSM-IV-TR) or Asperger’s Syndrome (ICD-10) are now under one umbrella term: Autism Spectrum Disorder (ASD). It is important to note that autistic people may prefer to be described in ways other than being disordered.

Autism is typically identified where individuals display the following differences in:

Autistic individuals, their families and carers are increasingly involved in public discussions about research and policy priorities that may make a difference to their lives. Whilst ASD is the technical term, there are significant changes in preference for terminology and understanding of the condition amongst people with lived experience, with some focusing on ‘difference’ rather than ‘impairment’ and ‘ability’ rather than ‘disability’. It is evident that some differences, in the right context, can be significant strengths and advantages, but other differences can present as obstacles to personal goals and wellbeing.

We understand that there is no universally agreed upon terminology to use when discussing autism, and we fully respect individual people’s choices on how they wish to talk about and describe themselves.

Since autism is a developmental condition, it can often be identified in childhood, but many adults have remained undiagnosed owing to lack of broader societal recognition of autism at the time or because their core features were not obvious to them until later in life. Individuals therefore present for assessment at various stages of life and owing to a range of circumstances. Adults suspecting that their difficulties or differences are due to undiagnosed autism, may do their own research online or using available literature, or get information from other autistic people. Some choose not to pursue a formal assessment because of an understanding of how autistic people may be treated or responded to or due to difficulties engaging with health services which are not designed with them in mind, whilst many decide that assessment and diagnosis will be beneficial as a process per se, as well as the consequent acknowledgement, access to support, reasonable adjustments or guidance available.

There is no genetic test for autism and self-report questionnaires, observational assessment and standardised interview schedules remain the core means of identifying and diagnosing autism. Detailed information about the person’s early development is key to establishing if they are likely to be autistic and this can be more challenging in adulthood. Identifying and assessing autism can be further complicated by the fact that autistic people often have additional mental health conditions, such as anxiety or depression. Autism commonly co-occurs with ADHD, Dyspraxia and other neurodevelopmental conditions as well as physical health problems. This can make it difficult to diagnose. Some researchers argue that it is more typical to find autism plus rather than pure autism. Many autistic individuals will need to access mental health services at some point in their lives and it is important that professionals recognise and understand their needs. Anxiety and depression may present differently and challenges identifying and describing emotional experiences may make it difficult for the autistic individual to explain their symptoms accurately.

Presentation may change over time as individuals learn or adapt and as broader society recognises individual strengths, contributions and its responsibility to meet the needs of autistic individuals.

Autism was once considered rare. With more than 700 000 autistic adults in the UK, better understanding of their experiences, vulnerabilities and strengths is needed so that we can more appropriately meet their health and social care needs.