Why have we seen an increase in alcohol use and domestic abuse during COVID-19 restrictions?

I think it’s important to state that alcohol does not cause domestic abuse, the perpetrator causes abuse. Alcohol we know, can increase the severity and frequency of physical and sexual abuse, however, usually, other forms of abuse are already present including coercive and controlling behaviours, financial abuse, psychological and emotional abuse. We don’t know the figures, but I imagine given the current situation, there will be an increase in the number of domestic abuse cases where alcohol and drugs are a factor.

Now with domestic abuse, sadly it’s no surprise that calls to helplines and messages on online chat systems are up. While previously victims may have had some respite, and I say that word loosely, during the day, suddenly, victims and perpetrators are confined to the same house all day. The current lock-down situation can make it almost impossible to escape abuse, and many victims may not even have access to a phone or to the internet to seek support.  I can’t imagine what it must be like for so many women out there, and I say women because the majority of victims are women subjected to abuse from a man, however we know that female to male and same sex abuse is also occurring at this time.

With the alcohol it’s interesting, because we know that sales of alcohol have increased from supermarkets and off-licences, which isn’t surprising given pubs and bars are shut, and we know there has been an increase in alcohol use among some people. However, people tend to underestimate the amount of alcohol they drink, so we don’t know what at home drinking really looks like, and how that translates to alcohol related harm.

What can we use to inform our thinking on this unprecedented situation?

So, I think it’s essential that services are trauma informed, which means understanding, recognising and responding to the effects of trauma. There’s going to be a lot of people coming out of lock-down with experiences of trauma and it’s vital that services have the funds and resources they need to support those who need it. I think for practitioners, commissioners and services, The Stella Project Toolkit from AVA [Against Violence and Abuse] is still a great resource for this topic, offering guidance on how to be trauma informed in drug and alcohol services. I think in terms of practice that’s a big thing, the need to be trauma informed, when lock-down is lifted, we need to be asking about domestic abuse in drug and alcohol services, and similarly in domestic abuse services, we need to be asking about substance use.

In your Adfam and Alcohol Change UK briefing you said that withholding alcohol can be a form of abuse, can you say a bit more about that?

Yeah, so it’s something that came out of my PhD, and research I’m working on at the moment, and is associated with the coercive and controlling aspect of domestic abuse. Basically, when we think of domestic abuse and substance use, we tend to think of perpetrators as the main substance user, but many victims use drugs and alcohol too. Some use to cope with the trauma of abuse, self-medication, but also in anticipation of abuse, so using before an abusive episode almost as an anaesthetic. Where the perpetrator is the main source of the drug or alcohol, they may control the amount or type of substance that the victim can have. I spoke to one woman who said her partner/perp would limit her drug use and sit in front of her and continue to use. And if we think of alcohol at the moment, if there’s a victim who’s alcohol dependent let’s say and she’s suddenly being limited in what she can drink, this could have an impact on withdrawal. Using substances as a tool is also influenced by the financial and economic aspects of abuse too, the perpetrator may hold the purse strings, meaning victims can’t access money for substances. I spoke to another women whose perpetrator would give her just enough heroin to encourage her to go out and sex-work for money or drugs for the perpetrator mainly. So, the relationship between substances and abuse is so complex.

If people are interested in this subject where can they find more information?

I’d reiterate the work of AVA and The Stella Project, their work is all around multiple disadvantage so substance use, domestic abuse and mental health, they have some great resources and training materials.

Myself and Prof. Sarah Galvani have also recently released a pocket guide for the British Association of Social Workers on substance use and domestic abuse, which can be used by anybody working in health and social care.

My PhD looked at women’s experiences of support among women with histories of co-occurring substance use and domestic abuse, so I’ve a paper just out talking about the barriers to support among these women. And I’m working on this topic more, so more than happy to talk further if anyone wants to get in touch with me.

What help and support is available for people experiencing abuse during COVID-19 restrictions?

Most importantly, in an emergency call 999 and if a victim is in a situation where they cannot speak to the operator, they’ll be prompted to dial 55 which will patch them straight through to the police.

Women’s Aid have a number of ways to get in touch if any woman is experiencing domestic abuse including online chat and a survivor’s forum. 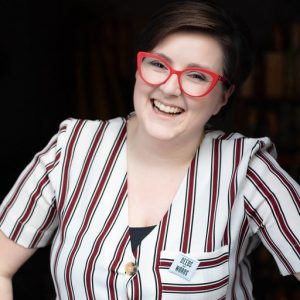 Dr Sarah Fox is a Research Associate at Manchester Metropolitan University in the Substance Use and Associated Behaviours (SUAB) research group. She was awarded her PhD in 2019, which was funded by the SSA. Sarah’s research currently focuses on women’s experiences of substances, using narrative and creative methods.

Invited Speakers Policy Treatment & therapies
We use cookies on our website to give you the most relevant experience by remembering your preferences and repeat visits. By clicking “Accept”, you consent to the use of ALL the cookies. However you may visit Cookie Settings to provide a controlled consent.
Cookie settingsACCEPT
Manage consent