Does mixing drinks, your age or quantity and type of alcohol make for a worse hangover?

by Katya Kowalski and Emily Clark Hangovers are the most commonly reported negative consequence...
Created On: 22 September 2020   (Last updated: 25 January 2022)

by Katya Kowalski and Emily Clark

Hangovers are the most commonly reported negative consequence of alcohol use and have a significant impact on daily functioning and mood. Therefore, understanding factors that influence hangover severity is vital in order to ensure individuals make more informed drinking decisions and minimise the negative effects of alcohol use.Our recent research shows that the amount of alcohol you consume, the alcoholic drink type you consume, and whether you mix your alcoholic drink types may all contribute to the severity of hangover you experience.

Using the Drink Less App (Garnett et al., 2019), our study was one of the first to explicitly investigate the impact of a range of factors on hangover severity. App users would input their alcohol consumption and corresponding hangover severity ratings of clear-headedness, mood, productivity and sleep.

This study is novel through investigating hangover severity in real time, using Ecological Momentary Assessment (EMA; Shiffman et al., 2008). This design limits recall bias and maximises ecological validity by repeatedly sampling participants’ behaviours and feelings in real time. There is also a considerable amount of statistical power with a sample of over 5000 users.

That older adults experienced the least severe hangovers was unexpected 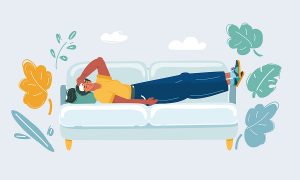 If people think that drinking wine gives them a terrible hangover, they are more likely to perceive their hangover as worse

What do these findings mean?

Surprisingly, an association between mixing drink types and next-day hangover severity was found despite a lack of theory that could explain such effect. There are no current physiological explanations for why mixing drink types would increase hangover severity. Yet, the current study found that the number of drink types consumed was associated with poorer next-day productivity and clear-headedness. No association was found for mixing drink types and next-day mood and sleep which suggests that cognitive symptoms of a hangover may be more sensitive to the effects of alcohol. However, these findings may also be explained by other factors not controlled for in the study, such as the amount of sleep or food intake. Indeed, poor sleep has been shown to result in cognitive deficits, which may explain the increased impairments shown for productivity and clear-headedness (Jones & Harrison, 2001).

The association between drink type and hangover severity was surprising as previous research indicates the most meaningful association is between total alcohol consumption and hangover severity (Kochling et al., 2019; Scholey et al., 2019). Although, drink type appears to have a subjective impact on hangover severity (Rohsenow & Howland, 2009), which may explain these findings. An expectation to feel worse after certain drink types may lead to a more severe hangover subjectively. For example, if people think that drinking wine gives them a terrible hangover, they are more likely to perceive their hangover as worse. It is likely that expectations influence hangovers even when there is no pharmacological difference.

The association found between the amount of alcohol consumed and next-day hangover severity suggests that hangovers are “dose-dependent”. This means that the severity of hangover experiences is dependent on the amount of alcohol consumed. Specifically, our study suggests that the more alcohol you consume, the more severe hangover you experience as a consequence. This adds to the growing body of literature that implicates the role of alcohol dose on hangover severity (Chapman, 1970; Huntley et al., 2015).

That older adults experienced the least severe hangovers was unexpected as this counter’s biological explanations of an increased sensitivity to alcohol toxicity with age (Meier & Seitz, 2008). It is plausible that older adults have more protective factors which may have an impact on their hangover severity such as looking after their health to a greater extent (Lachman & Agrigoroaei, 2010).

Older adults may also be more tolerant to the effects of hangover due to being more accepting of pain and catastrophising to a smaller extent than young adults (Wetherell et al., 2016; Ruscheweyh et al., 2011; Czapla et al., 2015). As pain catastrophising worsens hangover outcomes (Royle et al., 2020), older individuals may perceive symptoms to be less severe.

Interestingly, sleep ratings were not associated with age. This is interesting as alcohol has a disruptive effect on sleep regulation (Thakkar et al., 2015). Sleep gets progressively worse with age (Kutner et al., 1994), making this finding surprising. However, sleep is a highly ambiguous term to score as it can be interpreted in various ways through either quality or quantity. So, it is possible the non-significant finding is due to a discrepancy in interpretation.

Gender was not associated with hangover severity apart from ratings of productivity. Due to well-established gender differences in pain (Fillingim et al., 2009), it was expected that there would be differences in hangover severity. As women catastrophise their pain to a greater extent (Sullivan et al., 2000) and are more sensitive to ruminating (Nolen-Hoeksema, 1998), this may explain why they perceive themselves to be less productive during a hangover.

Nevertheless, gender moderated the relationship between alcohol consumption and hangover severity. This is supported by previous findings as women on average drink less than men and reach a higher blood-alcohol concentration level from the same amount of alcohol (Graham et al., 2002).

Despite these interesting findings, they must be interpreted with caution as the exact reasons for these relationships are yet to be confirmed.

What implications do these findings have?

This study has implications on developing a clearer picture for what factors influence hangover severity. Especially as there are a variety of popular anecdotal beliefs around what impacts hangover. By addressing these, we have exposed the subjectivity of hangover and the difficulty of disentangling the objective impact from expectations.

Katya Kowalski has recently completed her Health Psychology MSc at the University of Bath. She has a strong interest in addictive behaviours and psychopharmacology research. 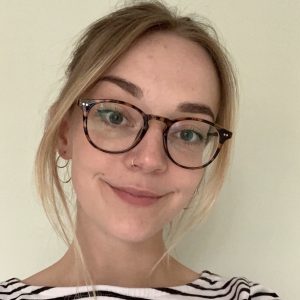 Emily Clark is a recent MSc Health Psychology graduate with a keen interest in alcohol research.

Events Podcast
We use cookies on our website to give you the most relevant experience by remembering your preferences and repeat visits. By clicking “Accept”, you consent to the use of ALL the cookies. However you may visit Cookie Settings to provide a controlled consent.
Cookie settingsACCEPT
Manage consent