The Food Standards Agency [FSA] has put something out on CBD, can you tell us what has happened? 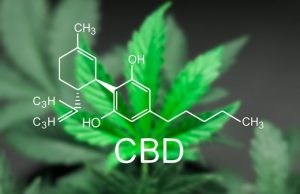 “So, to my knowledge they have put out a deadline for companies making and selling CBD products. The deadline is 31 March next year [2021]. They basically want paperwork from these companies to show that the products that they sell have been tested for safety standards that we expect new foods to have.

Because so far, CBD products have benefited from existing in a bit of a legal limbo where there’s no real agency that governs them and no real regulations set in stone for what the safety standards for the products should be.”

Do these products contain THC?

“So, THC is the intoxicating component of cannabis, and the regulation is that hemp is legal as long as it is containing less than 0.2% THC. CBD is not a regulated compound, so CBD is legal. Whereas THC, that can become an issue.”

CBD seems to be sold as a cure for lots of ailments. What’s the evidence like on this?

“The evidence on CBD is that it does work for some conditions. Well, one product that has now been approved by the EMA, the European Medicines Agency, is called Epidyolex. It is a purified CBD medicine. And that’s gone through several large-scale clinical trials of paediatric epilepsies. Two rare ones called Lennox-Gastaut syndrome and Dravet syndrome, so it is a medicine now.

There have been a couple of studies showing that it is an effective anti-psychotic, and there are many more studies planned to investigate that further. There have been a few studies into experimental anxiety which is where healthy volunteers or people with social anxiety disorder come to an experiment and they get either CBD or placebo and stand in front of a panel and give a presentation.”

“Yes, it tends to make people anxious. And in some of those studies, CBD seems to be effective, but that’s not really enough to say that it helps with anxiety, because people with anxiety carry anxiety on a daily basis. And what you really need is a clinical trial that gives people CBD for extended periods of time to see if their overall levels of anxiety improve, and that’s not really been done.”

So, your research has focused on the interaction between THC and CBD, is there anything interesting that you’re working on at the moment?

“So yes, we’ve recently completed a CBD:THC ratio study to see if you can manipulate the ratio of CBD in cannabis to, in a sense, make it safer; to reduce the cognitive impairment and the psychological impact that THC can have.

So, 46 healthy volunteers came for four experiments each. THC was given at the same dose, 10mg, every visit. One of the four visits contained no CBD and the other ratios were 1:1, 2:1 and 3:1, so CBD was increased incrementally.

We tested their cognitive abilities using standardised cognitive tools, psychological questionnaires and interviews to figure out what the psychological impact of the drug that they took that day was. We’re at the end stages now where we’re just about to find out the results of that.”

“You have to keep your hat on still, we’re not yet there but we will be very soon.”

Dr Amir Englund is a cannabinoid psychopharmacology researcher at the Institute of Psychiatry, Psychology and Neuroscience at King’s 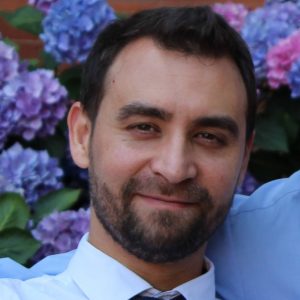 College London. His research is primarily funded by MRC and BRC and he reports no conflicts of interest relating to these comments. Follow him at