During the COVID-19 lockdown in London, a number of people experiencing rough sleeping were temporarily housed in emergency hotel accommodation across the capital. As part of the city-wide substance misuse approach, individuals at risk of unplanned alcohol withdrawal were prescribed, provided with and purchased alcohol as a means of harm reduction. This allowed professionals to engage with individuals around their alcohol intake, provide education and advice on safe reduction regimens, and allowed time to build up relationships which we hope may have longer term impacts on individual drinking habits.

“the potential for an additional outbreak, one of acute unplanned alcohol withdrawal, became a reality”

In late March 2020 the British government implemented a national lockdown in response to the COVID-19 pandemic. Under a policy entitled ‘Everyone In’, the Ministry of Housing, Communities and Local Government (MHCLG) issued a directive that local authorities should provide temporary emergency accommodation to all individuals experiencing rough sleeping within their area. (1) In London this was coordinated by the Greater London Authority (GLA) and the city’s 33 borough councils who, largely through procurement of empty hotels, provided housing to over 5,000 individuals during the course of the outbreak.

Based on previous estimates, over half the housed population was anticipated to misuse alcohol, (2) with up to a third likely to experience alcohol dependence. Given the constraints of lockdown, including the need to socially distance and potentially self-isolate, the closure of several retail establishments and reduced access to some forms of financial income including begging and sex-work, hotel residents’ ability to source and maintain a consistent supply of alcohol was severely impaired. As such, the potential for an additional outbreak, one of acute unplanned alcohol withdrawal, became a reality.

As part of the healthcare response to ‘Everyone In’ the GLA, in partnership with Public Health England (PHE), commissioned a bespoke remote pan-London substance misuse service for hotel residents, part of whose work was to coordinate a safe, evidence-based and clinically appropriate response to the spectrum of alcohol misuse. Due to the rapid establishment of hotel sites, on-site healthcare provision, where it existed at all, was patchy in terms of coverage and expertise. Appropriate assessment and monitoring of medically assisted alcohol detoxification was not possible, and the decision was made to encourage clinicians and support staff to treat ‘alcohol as a medicine’ and, with appropriate specialist advice, to ‘prescribe’, provide and in some instances purchase alcohol for hotel residents, in order to both minimise harm and prevent alcohol withdrawal.

Advice, training and protocols were developed to help calculate residents’ alcohol intake, provide equivalent amounts, and initiate safe reduction regimens. Whilst numerous challenges were encountered with this approach stakeholder buy in was ultimately established across the majority of residents, clinicians, hoteliers and homeless sector support staff.

The main barriers to implementation were often described as ‘moral’ objections. There was unease at the idea of providing alcohol, and reservations regarding allowing alcohol consumption to occur on hotel sites, largely due to fear consumption could lead to increased antisocial behaviour, and fuel the need for evictions. A common scenario was that residents did not have access to their own funds, and thus in order to minimise both alcohol-related harm and social contact staff members could be required to purchase and deliver alcohol to some residents. This was seen by some as encouraging or rewarding resident’s ‘negative’ drinking behaviour, and fears were expressed this could lead to all residents demanding to be purchased alcohol, with ‘huge booze funds’ having to come from primary care or homeless sector charity budgets.

“professionals commented that once hoteliers were ‘on-board’ with alcohol being consumed on site as a means of harm reduction, evictions due to drinking or resultant behaviour reduced”

Through collaborative work, and highlighting instances where negative incidents may possibly have been prevented by our ‘alcohol as a medicine’ approach, fears were gradually assuaged and alcohol provision became the norm and not the exception in the majority of hotels. Anecdotally professionals commented that once hoteliers were ‘on-board’ with alcohol being consumed on site as a means of harm reduction, evictions due to drinking or resultant behaviour reduced.

Whilst not the original intention of the ‘Everyone In’ policy, for some individuals the hotel environment provided a safe space to contemplate their alcohol use, and an opportunity to engage in alcohol misuse treatment. Our strategy of alcohol provision as a means of harm reduction allowed professionals to engage with individuals around their alcohol intake, provide education and advice on safe reduction regimens, and allowed time to build up relationships which we hope may have longer term impacts on individual drinking habits. Whilst our approach’s primary aim was to prevent potentially fatal unplanned alcohol withdrawal, it also prevented unnecessary sourcing of alcohol which may have led to increased social interaction, and thus an increased risk of contracting COVID-19.

Ultimately, we did not formally evaluate our decision to ‘treat alcohol as a medicine’, and cannot state with any degree of certainty the positive effects. However, our experience in this highly unique context was that the provision and purchasing of alcohol for people at risk of unplanned alcohol withdrawal, as a means of harm reduction, can secure buy in from a range of stakeholders, be a means of engaging people to discuss their alcohol misuse, and ultimately reduce their risk of mortality from a circulating COVID-19. 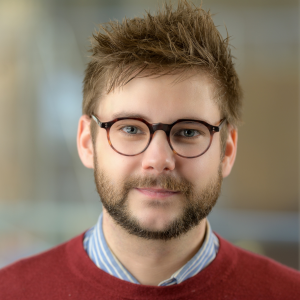 Dr Emmert Roberts is an MRC Clinical Research Fellow in the National Addiction Centre, Institute of Psychiatry, Psychology and Neuroscience (IoPPN), King’s College London and a Specialist Registrar in Substance Misuse Psychiatry at the South London and the Maudsley NHS Foundation Trust 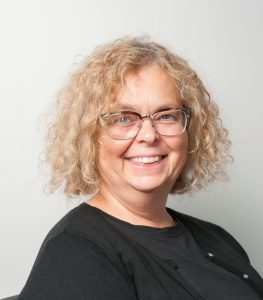