Psychosocial interventions for parental substance use: Ruth McGovern talks to the SSA

Dr Ruth McGovern has recently worked on a Cochrane review of psychosocial interventions for...
Created On: 05 May 2021   (Last updated: 05 May 2021) 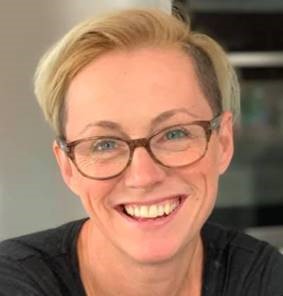 Dr Ruth McGovern has recently worked on a Cochrane review of psychosocial interventions for people who are parents and who use drugs. The SSA caught up with Dr McGovern to find out more.

SSA: What kind of studies did you find in your Cochrane review?

Dr McGovern: “The review identified 22 unique studies examining 24 psychosocial interventions that varied quite significantly. Some of them were similar to traditional drug and alcohol treatment services. They were things like intensive case management that had been modified for a parent population, these modifications included outreach services or services that provided childcare whilst a parent went to addiction treatment services.”

“Some interventions focused on parenting alone. One of the interventions was the ‘Parents Under Pressure’ programme which supports parents who use substances to understand how to be a better parent. Others were focused on developing the relationship between the parent and their child.

“Those interventions that recognise the needs of the parent to develop their parenting skills but that also considered how they might make some change to their drug and alcohol use were the ones that were more effective.”

Which interventions were most effective?

“Those interventions that recognised the needs of the parent to develop their parenting skills but that also considered how they might make some change to their drug and alcohol use were the ones that were most effective at reducing of the frequency of alcohol use and drug use in the short and long term.”

You looked primarily at reduction in drug and alcohol use. Were there any other outcomes that were common to the included studies?

“Yes, there were several studies which looked at outcomes relating to the child, particularly around the potential for child abuse or maltreatment. Some of those studies also looked at family reunification. The difficulty we had with those studies is that the outcomes and interventions were really varied, so pooling them was problematic. It was hard for us to draw any conclusions from the literature as to whether intervening with a parent who has substance use can bring about positive outcomes for the child.”

You found that there was a difference between the impact on mothers and on fathers, can you say more about that?

“The literature was very maternally focused. So, most of the studies intervened either with women primarily or only with women who were mothers. We found that fathers tended to do better from the interventions. There was less evidence of an effect for mothers.”

“When you look at the participants the studies, the women were often more vulnerable than the men. They had had lots of experiences of abuse or incarceration. They’d been homeless and they were either a lone parent or potentially in a relationship with a substance using partner. In the studies that intervened with fathers, the fathers tended to be in employment and in a relationship with somebody who did not use alcohol or drugs.”

“I guess the other thing to acknowledge is that in society we tend to put a lot of emphasis on mothers as opposed to fathers in that parenting role. Substance using parents are subject to a huge amount of judgement, they’re stigmatised, and mothers more so because of the emphasis that we place on women. So those factors are likely to have contributed to it being a difficult process of change for mothers.”

What were some of the limitations, or questions that you weren’t able to answer in the review?

“The lack of interventions targeting fathers was an issue and a limitation. The trials themselves tended to have small sample sizes; they were often pilot trials or feasibility trials rather than trials with a large enough sample to examine the statistical significance of the intervention effect.”

“There was a lack of studies examining interventions to address risky levels of substance use that were below the threshold for dependency. It was all very much around the heavy end side of the spectrum.”

Your pooled effect size was quite small. Does that mean that, although the interventions might have been effective, they were not very effective? What conclusions can we draw from this.

“It’s difficult to say. We used standardised mean difference for the meta-analysis because we were pooling quite different things. We were pooling different outcomes and interventions and that was the most appropriate method to use.”

“It becomes quite difficult to say exactly what that translates to in terms of reduction in frequency. But what I’d say about the effect sizes is that yes it was small, usually it was small, occasionally it was a moderate effect size. But if you think about the issues that this population experience and you think about the types of difficulties that there might be in terms of reducing substance use, you often wouldn’t find a big effect size. It’s a difficult thing to address, the samples were small, it’s probably within the realms of what you’d expect from an intervention.”

“Cochrane reviews are very thorough and very robust, they give you a particular type of evidence which can be incredibly useful”

What advice would you give to people in addiction treatment services who work with parents who use drugs? What can they take away from this Cochrane review?

“I would hope that people would take away the notion that it’s important to intervene with parents as parents and not just intervene with people who happen to be parents as individual drug and alcohol users. I think really appreciating the context in which the drug and alcohol use happens is very important. So, taking the example of mothers, you know, it’s important to intervene within the context of them being a parent, but also to recognise that they have substance use needs too. So, it’s a combination of the factors.”

“Cochrane reviews are very thorough and very robust; they give you a particular type of evidence which can be incredibly useful. In terms of the actual process of doing it, it was a lengthy task. But there is a clear structure, a clear road map to follow which helps with the way in which the review and the review findings can be communicated. Everyone knows what to expect from a Cochrane review, the processes that it’s gone through and the way in which it will be presented. So yes, it was good, I hope it’s an interesting review as a result.”

Dr McGovern is a lecturer in Public Health at Newcastle University, in the Population Health Sciences Institute. The original Cochrane review was published in March 2021:  Effectiveness of psychosocial interventions for reducing parental substance misuse

PhD Symposium 2021: How to get published

Blog Help/Advice Links
We use cookies on our website to give you the most relevant experience by remembering your preferences and repeat visits. By clicking “Accept”, you consent to the use of ALL the cookies. However you may visit Cookie Settings to provide a controlled consent.
Cookie settingsACCEPT
Manage consent