Researching people placed in hotels because of homelessness during the COVID-19 pandemic; Jo Neale talks to the SSA

In spring 2020, the UK Government launched the Everyone In initiative in response to the COVID-19 pandemic. This meant that people who were homeless, sleeping outside or in hostels were placed in hotel accommodation. Between July and October, a team of researchers from King’s College London conducted a rapid research project based on these hotels. The team has published their first report from the project. The SSA spoke to Professor Jo Neale to find out more…

SSA: Can you tell us how you got involved in this research?

Prof. Jo Neale: We were in a virtual team meeting and Emmert (Dr Emmert Roberts) was telling us that he had been appointed to oversee drug and alcohol services in the London hotels. Several of us in the meeting had an interest in homelessness and thought it would be important to capture what it was like for people living in these hotels.

We then had to think about how we might do that in a way that was methodologically robust and would generate useful findings, but that would also align with the many current COVID-19 restrictions. We also had to do it quickly, and without any resources, because there was no funding available. We just all thought it was an important thing to do but had nothing but our time and experience to give to it.

How did you plan the research?

To begin, we designed a study that would not involve researchers having to go to the hotels, so with interviews that could be done by telephone. We were aware that people in the hotels either had mobile phones or had been given phones by the hotels. We thought that the best approach would be to not overburden people in the hotels with hour-long interviews, but to try and do small 20-minute interview segments and to repeat these so that they had a regular call coming in.

What challenges did you face implementing this study?

There were lots of methodological challenges, especially getting into the hotel in the first place. The hotel staff had enormous issues on their hands including some challenging monitoring requirements which meant that they also had to get data from people. So they were anxious that if we went in and started interviewing residents, when they came to get their monitoring data people would be researched out. So, we had to wait for the monitoring data to be collected first.

We then found out that, despite planning to interview participants by telephone, it was impossible to access the residents’ telephone numbers. So, the only solution was for someone, and that happened to be me as I lived closest, had to go to the hotel and walk along the corridors knocking on every room door. I spoke to everyone who came to the door, gave them a study information sheet and asked them to text or phone the number on the information sheet if they were interested. That phone number went through to Steve (Dr Steve Parkin). After the second visit, we had about 19 people and we started to conduct the interviews.

Once Steve received a call, he checked eligibility, and then passed the person calling to one of our team of researchers. That researcher then became the interviewer for that hotel resident. Each of the researchers had between 1 and 5 people that they regularly interviewed. Once we realised it was starting to work, I went back to the hotel and dropped the study information sheets off another three times to try and engage more people.

The hotel is now closed but the interviews are ongoing as we’re following up people to try and capture their experiences for 1 month after the hotel.

As I mentioned, we had a team of interviewers, but they were all volunteering their time. Many had reduced workloads, largely because their own projects had stopped, or were just willing to work above and beyond their day job. We were very reliant on goodwill from everyone.

Well, it’s not an evaluation, as in a trial, so we’re not going to be able to say at the end of it that this worked or that worked. We’ll get insights into how things worked and whether and why people felt they benefitted or not.

At this point, as we potentially approach further lock-down measures, there will be insights from our data that could help make it a better experience if any of the hotels have to open again.

I suppose it’s a bit like hospital food, we’ve all got horror stories about hospital food. When you’re confined 24/7 to a room with not much to do, the food probably assumes a larger importance than otherwise.

It’s important to realise that food was donated from a wide range of sources and people appreciated that. That said, there were some residents who were diabetic who couldn’t get appropriate food. And there were people with cultural needs for different types of food and the system wasn’t really set up to accommodate that. It’s not a criticism of the hotel or staff, it’s just that it was lacking. There were some people who had to eat chocolate and crisps for a day and that’s not good at all.

While it might seem trivial, it’s really not. Some people were hungry because they couldn’t eat what was given to them. In any case, as many of us know from our own experiences of hotel food, what seems fantastic to eat on the first day, doesn’t seem quite so fantastic by day 7.

Many participants seemed overwhelmed by the support when they moved into the hotels.

Many didn’t know what to expect, they didn’t have high hopes and weren’t expecting much. So, the relief and the disbelief that they were actually in a hotel room where they had a shower, a bed to sleep in, and somewhere that was warm and dry and where they could keep themselves to themselves. There was a big desire to rest, recover a bit and take stock.

But it’s also important to remember that there were other people who didn’t get moved into hotels. Perhaps some didn’t want to go, perhaps some were missed, perhaps some didn’t get in for other reasons. We interviewed a specific group of people who probably showed some willingness to come to the hotel. But what was very evident was their obvious fear and anxiety about being on the streets, their fear of COVID-19, their absolute relief to be in the hotel.

At the end of their stay, a lot of people talked about being ready to move on, there’s a part of me that would expect people to want to stay in the hotels for as long as possible.

Again, there were probably as many experiences as people. There were a few people in the hotel who didn’t like having to stay there. They recognised that they had to do it, it wasn’t their choice, but they had to be there during the pandemic because it was the safest place for them to be. So, for them, as soon as it was safe to leave, they wanted to go.

There then seemed to be others who thought that it had given them an opportunity to rest, reflect, recover and to get a few support systems in place. Some of them had had the opportunity to access move-on accommodation whilst in the hotel and they were ready to get out and move into their new accommodation.

Then there were people who were overwhelmed at the thought of leaving the hotel and who didn’t know how they were going to cope, or what was going to happen to them. They were really anxious about leaving the hotel.

For all of them, I think it would be fair to say, there was lack of information and some confusion about when they would leave. Many of the hotels were being threatened with being closed every 5 minutes and were getting extensions and extensions. Again, this isn’t to blame anyone – people were working in a pandemic and information wasn’t available. But this uncertainty about the hotel closure caused the residents an enormous amount of distress, because they had no idea about whether they were going to be turned out at short notice.

Is there anything else you wanted to say about the research?

Just that we need to be upfront about the limitations of the study. With the luxury of a budget and having a team of researchers who were not all working in isolation at home we would likely have done a better, and more useful study. However, we did all that we could in the circumstances.

Going forwards, we would really like to interview the staff who were involved, the volunteers and the security people to get a more rounded perspective on what happened. There are a lot of ways we could extend the research, but the research team are now going back to their day jobs, so we’d need to find extra funding to do it. 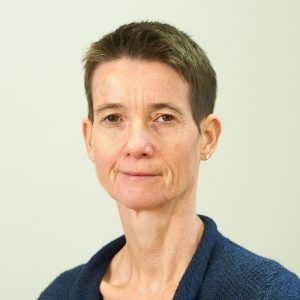 Jo Neale is Professor in Addictions Qualitative Research based within the National Addiction Centre and working across the Biomedical Research Centre at the Institute of Psychiatry, Psychology and Neuroscience.