In a recent paper published in the International Journal of Drug Policy, Dr Matt Hibbert explored barriers to treatment for men who have sex with men and who engage in sexualised drug use. The SSA talked to Dr Hibbert about his findings and the implications for policy and treatment. 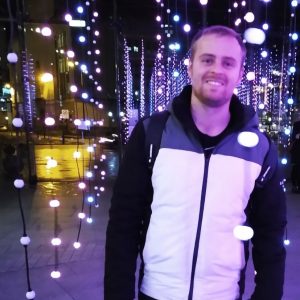 SSA: Your article discussed some of positive and negative reasons for sexualised drug use, can you say a little bit more about those differences?

Dr Matt Hibbert: “Yes, of course, we found that the primary motivation for people engaging in any type of sexualised drug use, which included chemsex, was for the sexual experience. This was seen as positive in terms of facilitating and enhancing the sex they had under the influence of those drugs. Most participants reported positive motivations, there were a couple that highlighted negative motivations for engaging and these were in relation to someone’s mental health or perhaps loneliness and isolation as a motivation for engagement.”

“The counsellor … had expectations that a gay man needing help for drug use would have some sort of trauma relating to their sexuality and that was then identified as a barrier to care.”

You make a distinction there between chemsex and sexualised drug use. What are the implications of that distinction?

“Yeah, so it’s a strange one to tackle. So, for this article we said that chemsex was classified as using crystal meth, ketamine, mephedrone, or GHB and GBL immediately before, or during, sex. Other types of sexualised drug use included using poppers, ecstasy and cocaine. We made the distinction based on previous research and on how other research had grouped chemsex and other sexualised drug use. Chemsex is an emerging issue, so part of my PhD was putting this in the context of broader sexualised drug use and understanding that further to see if there were differences there.”

“I’ve got a systematic review coming out from my PhD which looks at how research has classified that drug use. The drugs that actually constitute chemsex vary depending on where the research takes place and drug availability and things like that. That review was accepted last week so it should be out in the next month in the International Journal of Drug Policy.”

“Within sexual health clinics there were barriers in terms of referrals to other services for sexual health and sexual assault referrals. Then, for those who wanted further mental health care there was discussion of waiting lists that were eighteen months long for counselling and just huge delays at a time when participants were in a particularly vulnerable state.”

You refer to someone being given a phone number for a clinic that hadn’t existed for 5 years?

“Yeah, exactly that was from someone’s GP service.”

You mentioned that that service providers often assumed that men who have sex with men were engaging in sexualised drug use for negative reasons. Can you say a bit more about that?

“Yes, so the sexual health service providers that we interviewed mentioned that some men who have sex with men would engage in chemsex for negative reasons. But more often than not they would contextualise this in the broader understanding of ‘this isn’t all men who have sex with men engaging in sexualised drug use or chemsex’. One gay man who we interviewed had sought help from his sexual health service for drug use that was unrelated to chemsex. The counsellor that he saw had expectations that a gay man needing help for drug use would have some sort of trauma relating to their sexuality and that was then identified as a barrier to care. That person then felt not worthy of help because they didn’t have this trauma related to their sexuality. They said they had a good upbringing, they came out at school and it was fine, they were in contact with their parents. That made him feel that he almost couldn’t have a problem with drug use. This narrative exists that a gay person must be experiencing some trauma if they’re engaging in these sorts of behaviours.”

“Another participant sort of pushed back against that narrative saying that the predominant narrative around chemsex is that people are doing it because they’re sexually repressed or because they’ve got internalised homophobia, or they’ve been discriminated against. And although that is the case for some people engaging in chemsex, it’s important to say that in our findings, the majority of people engaging in this behaviour were content with their drug use and content engaging in this behaviour.”

“Funding for existing chemsex services need to be maintained. I think a few clinicians were worried about the future of their sexual health and chemsex support services.”

“So, the barriers that we identified for services outside of sexual health services weren’t really specific to men who have sex with men, they were just general barriers that anyone trying to access mental health services would probably experience such as long waiting times. One sexual health clinician did say that men who have sex with men who have overdosed on a chemsex drug are only really contacted if they are living with HIV. So, there’s a bit of a knowledge gap there.”

What were the experiences of addiction treatment services?

“Most service providers discussed having an internal service specific for people experiencing issues with chemsex or other sexualised drug use. No-one really discussed engaging with ‘normal’ addiction services in that sense. Or with services where heterosexual people would go to discuss addictions. Everyone who discussed trying to access further care went for an LGBT service. Actually, one person did go to a general alcohol support group but that was because they wanted help with alcohol that was unrelated to sexualised drug use, and because they were happy with their cocaine use for sex.  They didn’t perceive a barrier in the sense that they couldn’t go to a general drug support group. Although that person did go to both a LGBT specific alcohol group and a heterosexual general alcohol support group and found for the LGBT specific one that being able to discuss sex was a lot easier.”

What are the policy and treatment implications of your research?

“Funding for existing chemsex services need to be maintained. I think a few clinicians were worried about the future of their sexual health and chemsex support services. Funding for mental health services again seemed to be a barrier.”

“There needs to be more knowledge in A&E services for when someone has accidentally overdosed from a chemsex drug. And we didn’t go too much into it but someone’s mental state before they engage can determine their outcome and their experience of engaging in sexualised drug use and chemsex. One participant discussed how lonely they were feeling because they’d had a relationship breakdown and that they’d been in that relationship over 30 years, and so whether someone’s mental health before engagement determines whether they have a bad experience and whether clinicians in sexual health services would be able to identify when people may need support.”

“I think it was good that the sexual health services that we did contact seemed to be adopting a harm reduction approach in the sense that they were giving information about support services to anyone engaging in sexualised drug use or chemsex. Just in case they need further support down the line. Giving people the power and the autonomy to go to support services if needed and giving them that knowledge.”

Where should people ego who want to know more?

“So, for London, LondonFriend do a lot of chemsex support and drug support generally. In Manchester there’s the LGBT foundation and in Liverpool there’s an organisation called COAST. I think if people wanted to find more about chemsex generally then the study by Bourne and colleagues (2014) is a good starting point.”

Original article: Service provision and barriers to care for men who have sex with men engaging in chemsex and sexualised drug use in England

A short history of gambling laws and regulations

7 things we learned at the CAGR gambling conference

Events News Research
We use cookies on our website to give you the most relevant experience by remembering your preferences and repeat visits. By clicking “Accept”, you consent to the use of ALL the cookies. However you may visit Cookie Settings to provide a controlled consent.
Cookie settingsACCEPT
Manage consent