“There are some unique features for Scotland, such as a low base of social deprivation and health inequalities. On top of that, we have got an aging cohort of people who use drugs”

The Scottish Drugs Death’s Taskforce was established in 2019 to protect people at risk from drug-related deaths in Scotland. Following a consultation period, the taskforce’s Forward Plan was published in 2020. The SSA talked to the Taskforce’s chair Professor Catriona Matheson to find out more.

SSA: You’re the chair of the Drug Death Taskforce that published its plan in December. Why was it published and what was its remit?

Professor Matheson: “The taskforce started meeting back in late summer 2019. We had a period of consultation and evidence gathering and produced a strategic response in January 2020. But what became apparent over the following months was that we also needed a website, we needed to encapsulate all of that strategy in a more communicative kind of way. In a way that was really clear to anybody who wanted to just know what this taskforce is for, what it is doing and what approaches it promotes. And that was why the forward plan was put together in that format. It’s work that was already supported and endorsed but we felt that we needed to communicate it better.”

Why are there high levels of drug related deaths in Scotland?

“Yes, so our drug death figures have been rising over the past 8 to 10 years and it’s really just reached a point where the gradient of the rise had got so steep that it really did ring alarm bells. The reasons are quite complex, but there are some unique features for Scotland, such as a low base of social deprivation and health inequalities. On top of that, we have got an aging cohort of people who use drugs. Some people deny the existence of an aging cohort, but it is clearly there in the data. People who started using drugs, often heroin, in the 1980s and 1990s who now have a long history of drug use and who have multiple and complex needs that have built over time.”

“On top of that we have changing patterns of drug use. Scotland likes benzodiazepines, we now have increased use of gabapentin, we have high levels of cocaine and injecting cocaine. And all these drugs are being used in combination. And that’s a pattern that’s changed over the last 8 to 10 years.”

“So, we have this combination of factors – social deprivation, more people using drugs, some people aging and using increasingly risky combinations of drug use. On top of all of that we have fewer people in treatment than other parts of the world. Treatment is protective and we have just about 40% of our at-risk population in treatment, and that figure should be much much higher. So those are the underlying factors.”

What are the different ways in which you’re looking to address drug related deaths in Scotland?

“It’s all evidence-based, we’ve very much followed an evidence-based approach using resources like the European Monitoring Centre from Drugs and Drug Addiction’s (EMCDDA) data and we’ve used it alongside what we know about our unique Scottish situation. Going back to that emergency response, that’s about naloxone distribution, maximising that through all available channels. That’s a big component of the work. The other is using a non-fatal overdose as an intervention point, so having non-fatal overdose pathways that offer people support and options into a range of treatments.”

“Then we have ways of improving the equality and reach of our treatment. We want to really make sure that it’s medication assisted treatment, that it’s a wider package and that the focus isn’t just on prescribing.”

“We’ve got national standards now that are being consulted around people having very rapid access to a range of treatment options, not just methadone, but also buprenorphine and injectable depot buprenorphine and, where possible, heroin assisted treatment.”

“Then there’s a raft of measures around psychosocial support that we want people to access. That’s where we’ve probably fallen short in the past. There’s not been sufficient emphasis on that side, on the social support side. We also want to make sure that there are no punitive discharges because we’ve found that people are being discharged on the bases of not turning up for appointments or are having a ‘dirty sample’. It’s something that’s been discussed for many years, and that’s not helpful. It’s an absolute no-no in our new standards, there should be no punitive discharges. People should be able to stay in treatment and engage in treatment in a way which is right for them.”

You also talk about addressing stigma, is that something that you’re looking to address on a societal level or with primary care treatment services?

“In the consultation stigma came up so strongly that it had to be addressed. It’s clear that stigma prevents people seeking treatment and including primary care treatment for people with the kinds of physical health issues that can be associated with drug use. So, although it doesn’t seem like an obvious thing for a drug death taskforce to do, we felt that we needed to take some leadership about that. We now have a stigma strategy for Scotland that we pulled together from various stakeholders. It considers stigma from the perspectives of an individual drug user and of the family, who have often also experienced stigma.”

“We’re also developing a stigma charter that services can take up and use and that will enable people to re-assert their rights within a service. The right to access care and to be treated in a respectful and therapeutic way. It’s simple stuff, but it’s sad that we have to have that charter to say that, but I think that by doing that it gives people more self-worth to be able to raise those things, because some people don’t feel that they can do that now.”

“People who use drugs are involved in the taskforce itself, and in various subgroups and working groups. They’re embedded in that, and that’s a crucial part of the approach”

Is there any link here with the recent funding announcement for addiction treatment in Scotland?

“Hopefully! If the funding goes to the right things, the things that we recommend in our plan then it will. I’ve no doubt that it should help if it’s channelled appropriately. That funding announcement was bigger than any of us were anticipating. There has been a lack of investment in this area for a long time and the money is needed to really shore up all sorts of gaps and to allow new things to get sufficient weight behind them.”

“It’s a programme of money which is quite good, it’s not just a 1- or 2-year thing. It will make the difference as long as people take an evidence-based approach to this, and that’s what the taskforce plan is all about.”

One of the strands within your plan is about working with people who use drugs. Is that as part of the consultation or is that part of an ongoing involvement across the life of the project?

“Yes, people who use drugs are involved in the taskforce itself, and in various subgroups and working groups. They’re embedded in that, and that’s a crucial part of the approach. But now that there’s more money we are supporting the development of a Scottish network of people who use addiction treatment services or who are still active drug users. This is so that we can hear their voice and to learn from them why don’t they use services and what would encourage them to use services.”

“So, yes, so it works at different levels I suppose, having that experience built into the taskforce, but also developing it at national level for the future. A bit like we have recovery communities, and recovery networks across Scotland and across the UK and across the world which are developed really well and we’ve got a good recovery network I would say now in Scotland, but we don’t have an equivalent for people who are still in treatment, or who are still exclusively using street drugs, so we need to tap in to that to be able to meet people’s needs appropriately.”

If people want to know more about the work of the Scottish Drugs Death Taskforce. Where should they look. 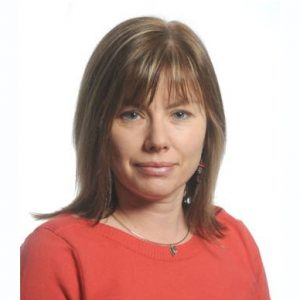 Professor Catriona Matheson is a Professor of Substance use at the University of Stirling, a freelance research consultant and Chair of the Scottish Drugs Death Taskforce.

7 reasons to go to the conference