Title: Alcohol and rumination: Merve Mollaahmetoglu talks to the SSA 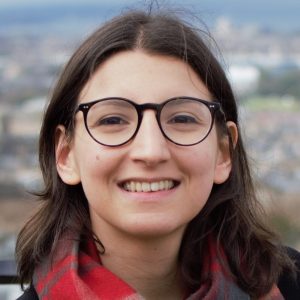 Merve Mollaahmetoglu is an SSA funded PhD student researching the relationship between rumination and alcohol use disorders. Her paper was recently published in Psychopharmacology. The SSA caught up with Merve to find out more.

SSA: Your article talked about rumination and alcohol. Can you explain what rumination is?

Merve: “In early theories, rumination was defined as a thinking style characterised by repetitive and negative thinking about one’s depressive symptoms, their meaning and their implications. So, it was originally conceptualised within depressive disorders. Recently there’s been more evidence that rumination is a transdiagnostic process characterised by repetitive negative thinking that’s difficult to control, and it contributes to a wide range of psychiatric disorders including alcohol and substance use disorders.”

Why is that important for alcohol use?

“We know that rumination is causally implicated in the onset, maintenance and severity of depression as well as in anxiety disorders. We also know that these disorders are often comorbid with drinking problems, so that’s one link.”

“There are lines of evidence suggesting that people who have alcohol related problems also report more ruminative thinking patterns such as brooding, reflective pondering and abstract analytical thinking than the general population. The latter is a style of thinking that focuses on things in a more abstract way rather than in a concrete way.”

What is the difference between abstract and concrete rumination?

“Abstract analytical thinking is a processing style that is characteristic of rumination, and that focuses on analysing why something happens, what this means and the implications of this event.  This type of thinking is general and does not focus on distinct details of the situation in hand, whereas concrete styles of thinking focus on the unique characteristics of the situation.”

“So, an example is when you experience one kind of failure, perhaps your paper getting rejected from a journal. When you’re thinking about it concretely you might say ‘Oh perhaps this wasn’t the most appropriate journal and I can submit elsewhere’. Whereas when you think about it in a more abstract analytical way you might think ‘This means that this paper is not good enough and it won’t get published anywhere’. That kind of difference.”

“We see in the literature that abstract analytical thinking is associated with more negative outcomes such as depression and drinking when compared with a concrete style of thinking.” 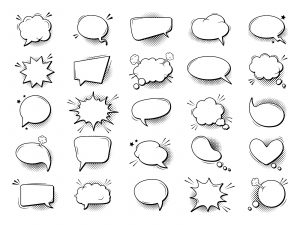 What did your study look at?

“In our study we wanted to see how drinking affects levels of rumination. We looked at something called state rumination which relates to momentary changes in your thinking patterns in response to experiences during your everyday life. This is different than trait rumination, which refers to one’s general tendency to ruminate in response to negative mood.”

“In our study we wanted to see how alcohol affects this state level of rumination because it seems from the literature that people use alcohol to deal with state rumination and the resulting negative affect.”

“The way we did that was that we had people coming to the lab and people were allocated to three different groups. We had a placebo group, a high and a low dose alcohol group. For a woman weighing around 65 to 70 kgs, the high dose would be about 5 units of alcohol.”

“Before being given their drinks, we asked participants to come up with an ongoing important problem that had been recently troubling them and told them think about this problem for 10 mins using audio prompts. This was in order to get them to ruminate about this problem. After they consumed their drinks, we then measured the effect of alcohol on the levels of state rumination and mood.”

Did you try the combination of tonic water, Tabasco, and alcohol?

“I did, and a sip of it was fine… I know from some of the participants that it was quite unpleasant. This combination has been used in previous alcohol studies to mask the taste and smell of alcohol. It also gives a bit of a burn when you’re drinking it with the non-alcoholic drink, so you might think you’re having an alcoholic drink. So, this helps with blinding the participants to what they are drinking.”

“We found that people who were given low dose of alcohol reported lower levels of rumination about a current, important problem they were recently thinking about compared with the placebo group. But we didn’t find any differences between the high dose alcohol group and the placebo, nor between the two alcohol groups.”

“It might be that, at lower doses, alcohol is able to regulate the negative affect and therefore reduce the rumination whereas at higher doses it might lead to lower cognitive control. One theory suggests that alcohol might increase rumination because the well-known effect of alcohol on reducing cognitive control might make someone less able to exert control on ruminative thoughts.”

What are the implications of your research?

“It is quite early in the research. In some ways it is early stages in the research on alcohol and rumination. This is, as far as I know, the first study looking at the effects of alcohol on state rumination, so we’re trying to understand how rumination contributes to alcohol use and more specifically alcohol use disorders.”

“It might be that we become more aware of targeting ruminative thinking patterns when treating people with alcohol use disorders. Also, people who have a tendency to ruminate might be more prone to relapse. But there’s still some research that we need to do, for instance in clinical populations, and looking at rumination as a predictor of treatment response/mechanism of treatment. Our research answers the question ‘does alcohol reduce rumination?’ and it seems to suggest that yes, at lower doses it does.”

And that’s your next study within your PhD.

“Our next project looks at how state rumination changes during everyday life, and how that might predict subsequent craving for alcohol and alcohol consumption. So that also feeds into the whole lab study versus real environment contrast, in the sense that a lab setting is highly unusual, and people wouldn’t necessarily be drinking in these settings. So, we have another study where people fill in questions about their rumination, craving and drinking during their everyday life. This is done using a mobile phone app which sends them notifications throughout the day for 2 weeks.”

The original article can be found here