Five minute read: Vaping research raises many questions about our understanding of addiction. The...
Created On: 19 February 2021   (Last updated: 22 March 2021)

Vaping research raises many questions about our understanding of addiction. The relationship between vaping and smoking, particularly among young people, is at the centre of many debates about vaping. 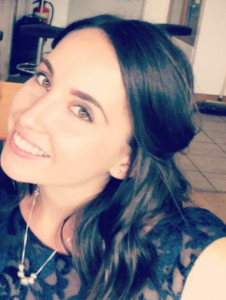 Dr Jasmine Khouja and colleagues recently published a systematic review in Tobacco Control looking at that relationship. On 10 February 2021, the SSA caught up with Dr Khouja to find out more.

“We did find an association, but that doesn’t necessarily mean that e-cigarettes caused these people to start smoking. It’s just that there’s a strong link between the two.”

SSA: Your review looked at the association between vaping and later smoking. Can you summarise what you found?

Dr Khouja: “Yes, in this study we looked for all studies that have looked at the association between e-cigarette use and later smoking. We included studies which compared people who have never smoked before and who have used an e-cigarette to those that have never smoked before but haven’t used an e-cigarette and observed whether those people are more likely to start smoking at a given timepoint. We found 17 studies that had looked at this, and when we put all those results together we found that there was an association. We found that people who had used an e-cigarette who had never smoked before were 4.5 times more likely to then go on to start smoking. Then, when we pooled the results which accounted for other variables and confounders, we found that they were about 3 times more likely to start smoking. So, it’s still quite a strong effect there even when we’ve accounted for these confounders.”

“One of the important things is that we did find an association, but that doesn’t necessarily mean that e-cigarettes caused these people to start smoking. It’s just that there’s a strong link between the two. There were some quite key methodological flaws in some of the studies that mean that we are not very confident about making a causal link between these two things.”

A lot of people in the vaping field talk about the gateway hypothesis. Yet you found 17 quite different, and some quite flawed, studies. Were you surprised that there wasn’t a stronger literature on this?

“So, it is consistent, the evidence.  It’s all showing that there is a strong link between vaping and smoking and when you account for some of the variables it weakens a little bit. But the results are all in the same direction and show that vaping increases the likelihood that you will go on to start smoking. The weaknesses of the studies, however, means that we can’t really trust that that is what’s happening it’s just that all the studies might be doing the same thing wrong and therefore we’re getting the same wrong answer.”

“The field is really divided with many researchers either for or against e-cigarettes. We find a lot of the time that the gateway hypothesis is given as a reason for being against e-cigarettes. I can see that, if you had that point of view, the evidence would make it seem like ‘yes there is definitely a gateway here, we’re seeing this consistently’. But we’re consistently putting the same methodological flaws into our research which means we can’t be certain. So, I definitely wouldn’t say that we know enough about this topic at the moment to say that there is a gateway effect.”

“The question is ‘did this surprise me’. And no – it didn’t surprise me.”

Due to the ethics of researching children and the fact that you can’t set up a randomised controlled trial of children assigned to vaping or not vaping, is this something can ever be known with certainty?

“You’re right in that we can’t ethically conduct a randomised controlled trial where we randomise kids to either vape or not vape. But there are other causal inference methods like Mendelian randomisation and that involves using your genetics to randomise you to a group to say that you are genetically more likely to do something such as smoke. So, we just have to be a little bit more clever about the methods that we use and acknowledge that there are limitations to those methods but it’s something we should consider in the future. The problem at the moment is that we don’t have enough genetic information about how genes influence our e-cigarette use to be able to do that, but that kind of data is going to become available in the future so those are the areas that I’d be interested in looking at to explore how our genetics might help us answer these questions.”

“We can also use things like negative control outcomes. So, these are things that should not be caused by your own smoking. So, if we look at genetic pre-disposition to smoking initiation and whether that predicts e-cigarette use, we kind of expect the two to be associated because someone might smoke and then start using e-cigarettes to quit smoking. With risk taking behaviours, however, that shouldn’t really be caused by you starting to smoke, becoming a smoker shouldn’t make you a more risky person. So, if we see that association, it raises suspicions that there’s something going on here which might not be a simple causal relationship [DOI: 10.1371/journal.pmed.1003555 – article not available at time of publishing, link added 22.03.21].”

“We can then take that a step further and look at whether being genetically likely to start smoking predicts whether you are likely to have externalising disorders in childhood, disorders linked to risk taking and impulsivity. At 7 years old you are unlikely to have smoked, so it can’t be that your genes made you start smoking and then smoking has led to you developing an externalising disorder that’s related to risk taking. It’s more likely that your genes are predicting that you are a risk taking type of person, and then you are more likely to smoke, to use e-cigarettes, to engage in all these different types of risk taking behaviours. So, we can use genetics and negative controls to get at this question in a slightly different kind of way.”

“You may activate or deactivate genes in certain situations or in response to certain stimuli such as smoking. Because of that we can look at someone’s epigenetics and tell whether they’ve ever smoked in their lifetime”

What’s next in your research in this area?

“I’m very much interested in looking at the genetic basis of e-cigarette use. This also involves getting more information on the epigenetics of e-cigarette use. This does not refer to changes to your DNA but to changes in how your DNA responds to things. So, you may activate or deactivate genes in certain situations or in response to certain stimuli such as smoking. Because of that we can look at someone’s epigenetics and tell whether they’ve ever smoked in their lifetime. So, epigenetics are a really useful biomarker to objectively tell if someone’s smoked or not.”

“What we can’t do at the moment is tease apart whether that person has smoked or not and whether they have vaped or not. You might have someone who has smoked and vaped, and they could potentially look the same in their epigenetics. Or they could have just vaped and look the same, or just smoked and look the same. But there might be some key differences, and research is just emerging on whether there are differences. So, that is what I’m jumping on board with at the moment, and that will be so useful because it would mean that in these studies we will be able to objectively make sure that we have the right people as our baseline.”

(Article edited on 22 March 2021 to update an external link)