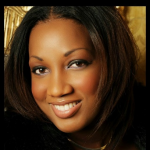 Findings:  CPD, CO and nicotine dependence reduced significantly over time, but did not differ between conditions. Puff duration increased significantly between Baseline and Time 2, whilst puff numbers and IPI decreased. CL were associated with longer puff duration, shorter IPI and greater number of puffs; whilst TM-high led to longer IPI and shorter puff duration.  The TM-high and CL were more efficient in reducing craving compared to the TM-low. TMs were rated as more satisfying at baseline and Time 1 compared with the CL.

Conclusions: ECs helped reduce tobacco smoking in the initial weeks of a quit attempt.  Smokers increased their puff duration over time. Whilst higher nicotine concentrations were more effective in reducing craving, TMs were associated with higher satisfaction.  The more intense puffing associated with the CL suggests nicotine delivery as a primary determinant of puffing topography.

Between 2011 and 2013 she conducted research for several independent electronic cigarette companies for which the University of East London received funds.

The e-cigarette companies involved had no input into the design, conduct or write up of these projects.