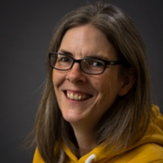 Lorna has conducted research into how addiction affects families for over 20 years. Lorna has worked for the Bath Mental Health R & D Unit, the University of Bath, and the University of York, and for large parts of the last 10 years on an independent basis. Lorna’s work has included literature reviews, service evaluations, the 5-Step Method (an intervention for affected families), resilience, bereavement through substance use, and families of veterans with substance use problems. Lorna is currently a Trustee of AFINet (Addiction and the Family International Network).

Levels of substance misuse, particularly alcohol, continue to be higher among serving and veteran populations of the UK Armed Forces than among civilian populations. However, while much is known about how civilian families of those with substance use problems can be negatively affected, there is no research which has specifically explored the experiences of FVSUs. This study explored this gap through a literature review, an online survey completed by 34 FVSUs, 14 semi-structured interviews with FVSUs, professionals, and veterans; and four focus group events attended by 42 professionals. The findings show that FVSUs are affected by the veteran’s substance use (which often co-exists alongside other issues such as PTSD) in multiple, longstanding and complex ways but appear to have rarely accessed help or support for themselves. There are similarities with how civilian families are affected but there are also insights as to what might be different for FVSUs. Overall, there is consensus that targeted support is desperately needed, and our findings are being used to develop a model of support for FVSUs. Ultimately, we hope that our project will raise awareness about a neglected area of research and practice, and develop a much needed response.

Research funded by: The Forces in Mind Trust (FiMT)

Presentation slides:
Exploring the experiences and needs of families of veterans with substance use problems (FVSUs)

SSA · TempletonL Exploring the experiences and needs of families of veterans with substance use 5 Nov 2020
We use cookies on our website to give you the most relevant experience by remembering your preferences and repeat visits. By clicking “Accept”, you consent to the use of ALL the cookies. However you may visit Cookie Settings to provide a controlled consent.
Cookie settingsACCEPT
Manage consent