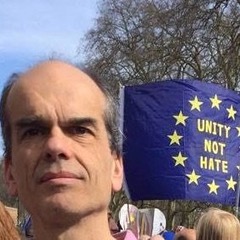 I obtained my PhD from Imperial College London. My thesis was a study of the molecular structure of the GABA-A receptor. I moved to Georgetown University (USA) where I carried out molecular work on the NMDA receptor and cloniing of pthe periheral benzodiazepine receptor. At Mahidol University (thailand) I lead on molecular research on amphetamines derivatives and opioid drugs. At UCL I joined the Ear Institute and focussed on the role of connexins and of the opioid receptors in hearing function. Currently at Univesristy of East London we are investigating  the mecahnisms of alcohol addiciton in a fruit fly model

Aim: To evaluate, from the users’ perspective, the alcohol and drug service: ‘Build on Belief’ (BoB).

Setting: BoB offers safe space for individuals with problematic use of alcohol and other drugs. Participants voluntarily visit the centre and can join in social activities. There is no requirement for abstinence, but attendees must not be under the influence on BoB premises. BoB works on a peer-led based model where users can progress into becoming volunteers for the service. Interviews (ca. 30 min each) were carried out in private rooms.

Findings and conclusions: The effect of BoB were classified as Relational, Spatial and Temporal. Users and volunteers valued the sense of safety and the personal comfort of interacting with other people with similar problems in an environment that did not compel them with specific abstinence protocols. Nonetheless, several participants mentioned that attending BoB allowed them to reduce their alcohol intake. The initial findings of the investigation suggest that BoB can have a beneficial effect on service users and volunteers. Further analysis and comparisons with other organisations could lead to further enhancement of services.

Back to Annual Conference 2018 – Delegate posters