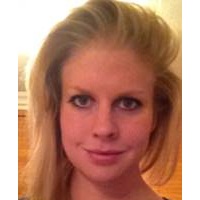 After completing her BSc in Experimental Psychology and MSc in Health Psychology, Dr Emma Beard was awarded her PhD in 2011 from the Department of Epidemiology and Public Health, University College London (UCL). She subsequently undertook an MSc in Medical Statistics and was awarded Graduate Statistician Status in 2014. The same year she was awarded a fellowship from the NIHR SPHR and now works as a Research Fellow in the Department of Clinical, Educational and Health Psychology at UCL. Her current work focuses on the analysis of data from the Smoking and Alcohol Toolkit Studies, which are population surveys of adults aged 16+. She has over 50 publications on a variety of topics, with a key focus on tobacco harm reduction, high-risk alcohol consumption and statistical methodology. Emma has presented at both national and international conferences, is an Assistant Editor for Addiction and teaches across a number of MSc and BSc courses in psychology, behavioural science and statistics.

Background and Aims
Bayes factors are the ratios of the likelihood of a specified hypothesis (e.g. an intervention effect within a given range) to another hypothesis (e.g. no effect). They are particularly important for differentiating lack of strong evidence for an effect and evidence for lack of an effect. This presentation will report on findings from a review of randomized trials published in Addiction between January and June 2013 which aimed to assess how far Bayes factors might improve the interpretation of the data. An introduction to the theory behind Bayes Factors and how they can be calculated will also be given.

Methods
The review was based on 12 studies from which 75 effects sizes and their standard errors were extracted. Seventy-three per cent (n = 55) of these were non-significant (i.e. P > 0.05). For each non-significant finding a Bayes factor was calculated using a population effect derived from previous research. In sensitivity analyses, a further two Bayes factors were calculated assuming clinically meaningful and plausible ranges around this population effect.

Conclusions
Use of Bayes factors when analysing data from randomized trials of interventions in addiction research can provide important information that would lead to more precise conclusions than are obtained typically using currently prevailing methods.

SSA · Using Bayes Factors to test hypotheses in addiction science
We use cookies on our website to give you the most relevant experience by remembering your preferences and repeat visits. By clicking “Accept”, you consent to the use of ALL the cookies. However you may visit Cookie Settings to provide a controlled consent.
Cookie settingsACCEPT
Manage consent