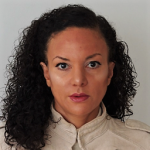 I am a freelance reporter on social affairs, addiction and mental health for BBC Radio 4, BBC London TV, BBC Online, the Sunday Times, the Times, the Guardian and the Telegraph.

I have broken stories including: My discovery of a £300 million cut in funding for drug and alcohol treatment in a 5 year period in which heroin and morphine deaths doubled and alcohol and drug deaths reached record highs. I revealed that Scotland has experienced the highest annual rise in drug deaths since records began in the first half of 2018. Deaths in some areas have more than doubled and have gone up more than 40% in major drug death areas such as Glasgow and Edinburgh. I uncovered a 90% drop in prisoners completing official rehab programmes despite drug use and violence being at unprecedented levels.