How has COVID-19 changed the use of illegal drugs? An overview of the results so far

by Martine Skumlien and Dr Will Lawn

Since we published our original article in May 2020 1, several large-scale studies have started to shed light on COVID-19’s impact on drug use across the world. Crudely, use of ‘party drugs’, including MDMA, cocaine, amphetamine and ketamine, has fallen during COVID-19, whereas use of cannabis, a drug commonly consumed in the home, has increased.

Changes in drug use

COVID-19 has changed both the types of drugs that people use, and the frequency with which they are used. Overall, use of cannabis and, to a lesser extent, benzodiazepines have increased during lockdown2,3.

In the Global Drug Survey (GDS), 39% of respondents stated that they had used cannabis more frequently since the onset of the pandemic, with 22% reporting decreased use. In the UK, both of these numbers were slightly higher, with 44% reporting increased cannabis use, and 24% reporting decreased use. Findings from the European Web Survey on Drugs (by the European Monitoring Centre on Drugs and Drug Addiction) and our own C-CABANA study (to be presented at the 2020 SSA conference) also suggest that cannabis use has increased among adults and adolescents, but mainly for those who were regular users before the pandemic. Additionally, across the globe, people reported using benzodiazepines more frequently (37%) than less frequently (15%).

Similarly, the quantity of alcohol and the frequency with which it is consumed increased (36% and 43%, respectively2) more often than decreased (22% and 25%, respectively2)4,5. Overall, these data suggest that people were more likely to increase their use of ‘relaxing’ or depressant drugs; drugs which are often consumed at home. Importantly, the range of responses, and existing alcohol research6,7, show this is demonstrably not true for everyone. Many respondents reported decreases in their alcohol consumption, especially young people in Australia8.

At the same time, use of ‘party drugs’ like ecstasy/MDMA, cocaine, amphetamine and ketamine has fallen compared pre-pandemic levels2-5. In the GDS survey, for cocaine and MDMA, 39% and 42% reported less frequent use globally (52% and 50% in the UK), and 40% and 45% reported no change globally (31% and 43% in the UK). The remainder reported increased use. The UK has also seen a bigger drop in ketamine use (45%) compared with the global sample (34%), possibly due to ketamine’s greater popularity in the nightlife scene than in other countries.

Use of other drugs, such as psychedelics and GHB, has remained mostly stable2,5. Noting the importance of drug taking context, Dr. Monica Barratt, from the GDS, commented that “as expected, where people consumed substances in specific public settings or in social environments, these practises decreased, while substances that people typically used in private home settings became more popular”. 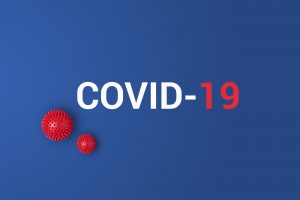 The most common reasons for increased cannabis use were feeling bored and having more time2,3. Loneliness, anxiety, and feeling depressed were also frequently cited reasons, especially among those with a history of mental health disorders2,3, and this was also the case for alcohol use. For ‘party drugs’, the main reasons cited were lack of contact with people and places where those drugs were commonly used2. However, people also reported that decreased availability, lack of money, and looking after physical and mental health have prompted them to use less2,5,8.

“In the Ecstasy and Related Drugs Reporting System study the most common switch was from MDMA (typically used on nights out) to alcohol or cannabis (typically used at home).”

Furthermore, some people appear to have switched to use different drugs since the onset of the pandemic,5,9,10. In the International Network of People Who Use Drugs (INPUD) reports, over 40% of respondents in the first wave, and 70% in the second wave, stated that they switched to other drugs because they could not access their preferred drug. Changes in the types of drugs used may also be related to the fact that drugs are now consumed in different environments. In the Ecstasy and Related Drugs Reporting System study the most common switch was from MDMA (typically used on nights out) to alcohol or cannabis (typically used at home).

These results are similar to our own, from the C-CABANA study, where levels of apathy and anhedonia have generally increased compared with before the pandemic; however, it appears that this increase was larger for adults who were not regular cannabis users. In the GDS, those who reported increased cannabis use were also more likely to report increased pleasure/enjoyment (32%) compared with those who reported decreased cannabis use (16%). Dr. Adam Winstock from the GDS remarked that “although the use of drugs isn’t a smart coping strategy, our findings suggest that drug use is not always pathological and maladaptive. It is context and individual dependent”. Notably, alcohol use appears to be a poor coping strategy, especially for those with existing mental health conditions.

Social distancing measures also appeared to have affected drug purchasing. Although the majority still procured their drugs in person, some reported using online sources more often4,8, and activity on cryptomarkets and social media markets increased in the first months after the onset of the pandemic11.

Some people noted an increase in price and a decrease in availability for several drugs compared with before the pandemic2,3,5,9,8. In the GDS, 56% of participants reported decreased availability, and 36% reported an increase in price of illegal drugs in their country. In spite of this, perceptions of purity and range of drugs remained relatively stable, reflecting the resilience and adaptability of the illicit drug market2.

Harm reduction and problem drug use

Many people who use drugs reported taking specific measures to reduce the harmful impact of COVID-19 in relation to their drug use, including avoiding sharing equipment (43%), preparing drugs themselves (20%), washing hands and surfaces before handling drugs (15%), and stocking up on drugs to reduce contact with dealers (15%)2.

Finally, several reports suggest that it has become harder for people to access addiction treatment services during lockdown4,9,10,12, placing those who are recovering from a substance use disorder at increased risk of relapse. Furthermore, some people, mainly those using opioids, reported experiencing unintended withdrawal due to COVID-19 (28-30% in the Crew reports, 60-69% in the INPUD reports). Furthermore, more people used drugs alone2,9 which could have contributed to the increased risk of overdose. Indeed, opioid-related mortality appears to have risen since the onset of the pandemic in the United States13.

The rapid collection and dissemination of data make these surveys crucially important. However, due to their self-selecting nature, they are not representative. Respondents tend to be young, white, educated and/or employed, and use drugs relatively frequently. Findings should not be generalised to the population at large, minority groups, or marginalised and vulnerable populations. Additionally, the majority of the data come from a small group of European countries and Australia.

COVID-19 and responsive lockdown measures have altered, but not transformed, the drug-taking landscape. As the pandemic continues to evolve, researchers must keep tracking how people’s drug use responds, and the reasons underpinning specific changes. Public health officials and addiction clinicians should use this information to capitalise on natural gains made, while protecting and treating those who require greater help.

COVID-19: Impact on cannabis use, anhedonia, and apathy (C-CABANA) 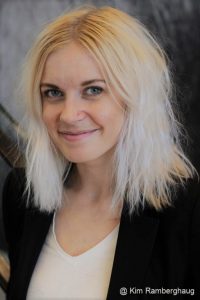 Martine Skumlien is a PhD student at the University of Cambridge Department of Psychiatry. Her PhD research focuses on the effects of cannabis on reward processing and motivation, with particular emphasis on important developmental periods. 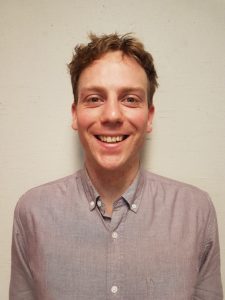 Dr Will Lawn is a post-doctoral research associate in the Clinical Psychopharmacology Unit at University College London. He was awarded his PhD in 2016 for research about reward processing perturbations in nicotine and cannabis addictions. Subsequently, he co-ordinated the London site in the KARE clinical trial, which investigated whether ketamine can be used as a treatment for alcohol dependence. Since 2018 he has co-ordinated the CannTeen project which examines if and how teenagers are more vulnerable than adults to the short and long-term effects of cannabis. His main interest is cannabis addiction in teenagers.

Annual Conference 2021: The challenge of benzodiazepine use in the context of escalating drug deaths

Interview Treatment & therapies
We use cookies on our website to give you the most relevant experience by remembering your preferences and repeat visits. By clicking “Accept”, you consent to the use of ALL the cookies. However you may visit Cookie Settings to provide a controlled consent.
Cookie settingsACCEPT
Manage consent