The availability of take home naloxone has become more widespread since legislation made it available without prescription in 2015. This was done in response to escalating opiate-related deaths.  It is frequently cited that people who use drugs demonstrate a willingness to administer naloxone to a peer. It is also implied that most drug users would want naloxone administered to them in the event of an overdose, despite the unpleasant withdrawal symptoms that naloxone may precipitate. Concerns have been voiced anecdotally and in the literature about the possibility of naloxone being used inappropriately, for example administered to an opiate-dependent peer to induce withdrawal out of spite or for amusement. However, there is very little evidence in the literature exploring this. This study was centred on exploring knowledge and experience of inappropriate naloxone use. Semi-structured interviews were conducted with individuals working within drug services (n=5) and people dependent on opiates (n=9), in both urban and rural locations. Thematic analysis revealed two main themes in the data. The first is ‘ beliefs surrounding drug overdose ‘, which encompasses disbelief of overdose severity and disbelief of personal risk. The second is ‘ use of naloxone ‘, which examines correct or otherwise use of naloxone, and reports of inappropriate use of naloxone, for example to punish a debtor. A discussion is provided that offers an explanation of the themes, as well as considerations for age, gender, and location of service users, and links to psychological theory. Limitations of the study and avenues for future research are offered. 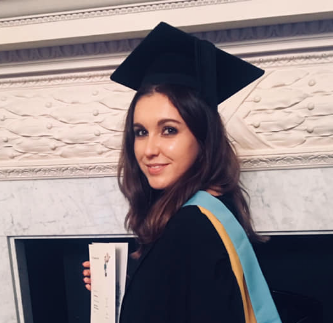 
I am a graduate of Psychology from the University of York, and have recently completed my Master’s degree in Health Psychology at the University of Bath. My research interests include illicit substance use, and the delivery and evaluation of harm reduction interventions for people who use drugs. My current research investigating inappropriate uses of naloxone is a project that I completed on my Master’s placement, where I worked as a research assistant in the Department of Pharmacy & Pharmacology. Since completing this placement, I have continued working as a research assistant, and have developed a PhD proposal aiming to support people who use drugs who have used naloxone in an overdose event.