Aims: International football tournaments provide a high-profile platform for alcohol marketing. UEFA EURO 2016 was held in France, where the national law governing alcohol advertising and sports sponsorship (‘Loi Évin’) was the most restrictive to apply in the tournament’s history. This study examined alcohol marketing references in the UEFA EURO 2016 football tournament through broadcasts in the UK, France and Ireland.
Method: Eighteen matches were selected, representing each of the tournament stages. All were recorded as broadcast in the UK, ten were recorded as broadcast in Ireland, and eight were recorded as broadcast in France. A customised tool was used to identify and categorise all alcohol marketing references (e.g. location, duration, brand featured, and number of identical references). A reference was defined as any reference to an alcohol brand, lasting one second or more and included electronic and static pitch-side advertising, branded merchandise, television advertisements, sponsor lead-ins and branded packaging.
Results: On average, there were more than 100 alcohol marketing references per broadcast in each country. Most alcohol references appeared during the match, where footage was the same in all three countries. The most popular location and format was electronic pitch-side advertising. Almost all brand references were indirect (i.e. the brand was only identifiable from signifiers such as phrases from brand slogans, colours or typefaces). There were limited differences between the countries.
Conclusion: The frequency of references to alcohol marketing was high. Although the overall proportion of direct brand references was low, the high proportion of indirect references demonstrates that alcohol producers could circumvent the French regulations using ‘alibi marketing’. The limited difference between countries highlights the importance of a host’s marketing regulations for international tournaments. Stricter enforcement of Loi Évin regulations is needed to limit exposure to alcohol marketing. 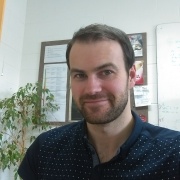 
After completing his first degree in Criminology and Psychology at the University of Teesside, Richard went on to complete a postgraduate MSc in Research (Education) and a PhD at the University of Edinburgh. Richard previously worked as a Research Associate at the Centre for Research in Education, Inclusion and Diversity at Moray House School of Education in Edinburgh and joined the Institute for Social Marketing (ISM) in November 2010 to work on a project investigating the effectiveness of education in relation to alcohol. Since joining ISM Richard has worked extensively in the area of alcohol marketing and policy and the impact of commercial marketing on addictive behaviours (tobacco, gambling, gaming). His current research interests include the use of alcohol packaging as a communications tool, sports sponsorship by alcohol and gambling companies and health behaviours in online communities.