Cannabis vaping: An online survey characterising patterns of use, reasons for use and the effects of vaping

Aims:  To extend previous knowledge of cannabis vaping in a larger cohort of cannabis vapers; to establish patterns of use, reasons for vaping, perceived benefits and effects of vaping relative to smoking cannabis.

Results: 27% were exclusive cannabis vapers. 43% vaped cannabis more than 4 times a week, 51% had vaped for over a year and 72% preferred to use a vaporiser.  Reasons endorsed for starting to vape cannabis, were the same for continuing to vape cannabis; a reduced odour, more discrete, tastes better and viewed as healthier.  Since users had started vaping the majority (44%) reported either no change in the levels of overall cannabis consumption or even a reduction in use (30%).   Relative to smoking cannabis, users viewed vaping as a good replacement, improved health, better taste, just as satisfying, involved less smell, and was a safer and healthier alternative. The only significant side effects reported was some degree of throat irritation (44%) and dizziness (22%).

Conclusions:  Cannabis vapers report minimal side effects from vaping, relative to the benefits endorsed for vaping relative to smoking cannabis.  These benefits have both contributed and continue to reinforce vaping as an alternative method for consuming cannabis. Contrary to fears of increased cannabis use due to such benefits, in most of the current cannabis vapers overall cannabis use has remained stable or even reduced since they had started vaping. 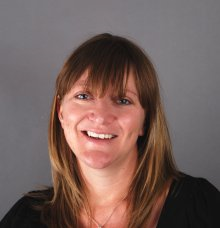 
I am a Trial Manager of the NIHR funded project SCeTCH (Smoking Cessation for the Homeless), in the Centre for Addictive Behaviours Research (CABR), School of Applied Sciences, London South Bank University (LSBU). I joined LSBU in 2020, having worked for the previous 20 years in the School of Psychology at the University of East London, where I was a Reader, Deputy Head of Department and led the Drugs and Addictive Behaviours Research Group.

My research interests are around the cognitive and psychobiological effects of recreational drug use (MDMA/Ecstasy, cannabis, cocaine, and Novel Psychoactive Substances) and more recently focus has shifted to vaping (both nicotine and cannabis), assessing the experiences of vapers, effects of vaping cannabis – and relative to smoking cannabis.  I have published over 35 research articles on these subjects, have received grants from Alcohol Change UK and conducted consultancy work for the National Centre for Smoking Cessation Training (NCSCT), a health care consulting company – PharmaStrat, Royal Society of Medicine and Essex and Thurrock Drug Action Teams.   My work has directly fed into NCSCT and Public Health England (PH) training guidelines and the Health and Social Care Committee Drugs Policy Inquiry (2019), and the UK Government Consultation: Advancing our Health: prevention in the 2020s Supporting Smokers to Quit.