Codeine addiction and internet forum use and support: a netnographic study

Aims: The use of codeine as an analgesic is well recognised but there are increasing concerns that for some individuals, continued use may lead to dependence, addiction and even deaths due to combination products. Research suggests that those affected may represent a hard to reach group who do not engage with formal treatment services. This study sought to explore the experiences of people with self-reported addiction to codeine and specifically, how social media forums may be used to communicate with others about this issue.

Methods: Using a qualitative netnographic methodology, the social media forum Mumsnet was used with permission and searches were undertaken in 2016 of any posts that related to codeine and addiction. 95 relevant posts were identified and a random sample of 25 (posted between 2003 and 2016) was used to undertake subsequent 6-stage thematic analysis and development of emerging themes.

Results: Most users sought help for themselves but a minority did so for partners or relatives. Reasons for posting varied and examples included explicit requests for advice on how to stop codeine use, a reluctance to seek medical advice, descriptions of side effects, and relapsing from previous withdrawal attempts. Both prescription and over-the-counter routes of supply and often a combination were reported. Mainly positive and supportive responses to posts were identified from individuals with lay and also self-reported health professional backgrounds. Several lay users had also experienced similar problems. Treatment advice appeared to vary in perceived quality and included explicit guidance on how to stop quickly or ‘ taper ‘ or involved signposting to other services. Shame and stigma were often associated with user’s posts and whilst there was a desire to receive support and treatment advice in this forum, users often wanted to keep their codeine use hidden in other aspects of their lives. Distinctly different views emerged as to whether responsibility lay with prescribers or patients. and some users expressed anger towards doctors and their prescribing.

Conclusions: This study provides a unique insight into how a public internet forum is used by individuals to confirm and seek support and guidance about problematic codeine use. The pseudonymous use of internet forums for such information and associated uncertainty about treatment options suggest that existing formal services and support may not be appropriate and are not being used. It also suggests that improvements in prescribing and over-the-counter supply of codeine are required to prevent problematic use from occurring.

no conflict of interest 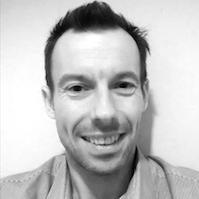 
Programme director of Master of Public Health Degree at University of Sheffield Qualitative/mixed methods research experience in the area of over-the-counter and prescription medicine addiction.