E-cigarettes to Be Banned in Public Places

E-cigarettes are a new phenomenon yet controversial. Their health effects, use in public places and effectiveness as an aid to quitting smoking are the cause of much debate in the media, and governments and health organisations remain opposed (see below). E-cigarettes came to the market in 2004 as a ‘healthier’ alternative to cigarettes, and the industry has grown rapidly ever since.

E-cigarettes are electronic devices that mimic the act of smoking (Caponnetto, 2012). They use a battery powered heating element to disperse liquid (usually containing nicotine, in a solution of glycerine and/or propylene glycol) into an aerosol that can be inhaled in the same way as a conventional cigarette (Goniewicz, 2013). They are seen as the healthier or safer cigarette as they do not combust tobacco, and are therefore used as a smoking cessation tool.

The unknown effects of e-cigarettes to both individuals and to others (e.g. passive vaping) is among one of the reasons why Wales is proposing an e-cigarette ban in public places.

The Proposal in Wales

The Public Health (Wales) Bill was introduced by the Welsh Government on the 8th of June 2015. This bill is the first in the UK to propose a ban of e-cigarettes in public places. Smoking has been banned in public places across the UK since 2007. The bill in Wales will subject e-cigarettes to the same regulation.

The new tobacco and e-cigarette measures in Wales will:

If the bill passes through parliament as expected, the e-cigarette ban could be implemented by late 2016.

Reasons For The Ban 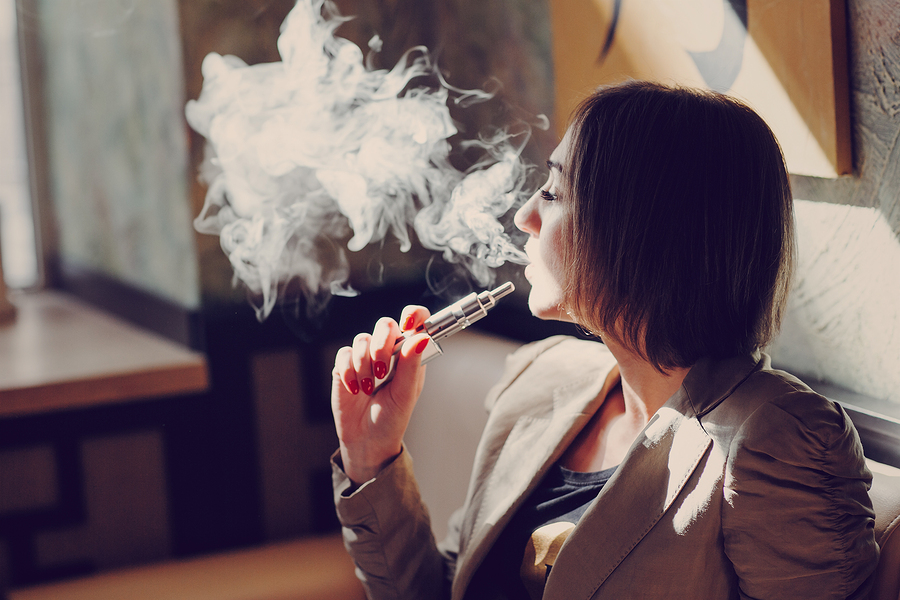 The reasons behind this proposed ban are to protect the public from the unknown health consequences of passive vaping, ensure smoking is not renormalized and to not undermine the current smoking ban in place. A WHO-commissioned report on e-cigarettes suggested that bystanders could inhale significant levels of toxins from e-cigarette vapour. However, a critique of this report argues that concentrations are too low to present a significant health risk. There is mixed evidence as to whether passive vaping is harmful but research generally shows that whatever is inhaled is less toxic and harmful than cigarettes (Goniewicz, 2012) . Regardless of trace amounts of toxicants in e-cigarette vapour, it is proposed that passive vaping is possible and the impact of vapour inhalation into human lungs should be of primary concern (Markewitz, 2013).

Another reason behind Wales’ decision to ban the use of e-cigarettes in public places is the fear that it will renormalize smoking for minors and prove to be a gateway into conventional cigarettes.

Although there is evidence of e-cigarette experimentation in youths in Wales , current use in the UK is rare. In a recent report on young people and smoking, the proportion of children who have ever smoked continues to decline, suggesting e-cigarettes are not a gateway to smoking. Furthermore, data collected by Action on Smoking and Health (ASH) shows that regular use of e-cigarettes is predominantly by current or ex-smokers, and use by never smokers or youths is negligible.

The Welsh government is pressing forwards with this bill, yet it is gaining opposition from many MPs and organisations. The reasons against the ban are the limited evidence on the harms of passive vaping, and the concern that a ban of e-cigarettes could impede progress in those who are using them to quit smoking. Cancer Research UK state that they “do not believe there is enough evidence to justify an indoor ban on e-cigarettes”. In agreement,  Plaid Cymru MP Elin Jones said: “E-cigarettes are used widely by people who are trying to give up smoking, so we should be very careful not to halt that trend.”

There are many organisations that are for and against the banning of e-cigarettes in public places, however it will be unknown who is correct until more research is performed and evidence presented.

Malta, Belgium and Spain have already imposed the ban and WHO is urging governments to do the same. With such controversy and opposition in the views on this bill, the future is unpredictable as to whether other countries will also enact the ban.

The Public Health (Wales) Bill is still in development and currently progressing through parliament, therefore information outlined above may be subject to change. If it is implemented, it will be interesting to see if the rest of UK follow in Wales’ footsteps. Due to e-cigarettes being such a new and under researched field; it is likely to take a few more years before a solid evidence base is gained and to see if Wales have created an unnecessary protection or are innovators passing a law improving the health of the public.