‘I have more negative reactions to really drunk women’: working with and against gender double-standards for drinking and drunkenness in interventions with young people

‘I have more negative reactions to really drunk women’: working with and against gender double-standards for drinking and drunkenness in interventions with young people

In many countries, drinking and drunkenness have traditionally been considered masculine behaviours. In recent years, however, sex differences in alcohol use have narrowed, because increasing numbers of young women are drinking and drinking excessively.  It is therefore interesting to examine the extent to which gender double-standards for alcohol use persist: Do young men and women continue to find drinking and drunkenness in women less acceptable than the same behaviours in men? This paper summarises two recent studies conducted in England.

In the first study, 731 university students completed a survey of gender role attitudes (general and alcohol-specific) and recent alcohol consumption. We then purposively selected for individual interviews 8 women and men with the most egalitarian gender role beliefs, and 8 women and men with the least egalitarian beliefs. Although there were few sex differences in actual levels of drinking or drunkenness, gender double-standards for alcohol use persisted. Even the most egalitarian respondents were more judgemental of women’s drinking. Participants reported modifying their drinking style to maintain a desired gender identity.

The second study involved 13-25 year olds in 30 individual interviews and 12 group discussions. As in the first study, participants perceived few differences in levels of drinking and drunkenness among men and women. However, across all three age groups, male and female participants expressed an awareness of gender double-standards for alcohol use – in terms of appropriate drinks, appropriate patterns of drinking, and acceptability of public drunkenness. Some critiqued these, while others accepted them uncritically.

The persistence of gender double standards for alcohol use despite narrowing sex differences in young people’s alcohol use is interesting. The findings suggest that gender double-standards could be a focus of interventions to encourage moderate drinking. However, such approaches would not be effective for all young people, and would reinforce gender inequalities. 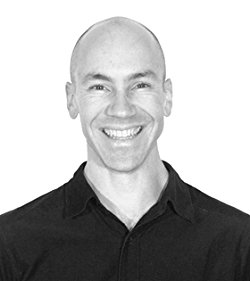