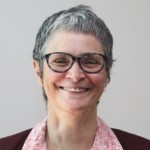 
Deborah Arnott is Chief Executive of Action on Smoking and Health, honorary associate professor in the Division of Epidemiology and Public Health at the University of Nottingham, honorary fellow of the Royal College of Physicians and a member of the RCP’s Tobacco Advisory Group. She is a recognised national and international expert on tobacco control and the WHO Framework Convention on Tobacco Control with a particular interest in nicotine regulation and harm reduction. She was a member of the NICE Programme Development Groups which developed guidance on smoking cessation and tobacco harm reduction and of the Commission on Human Medicines expert advisory group to the MHRA on nicotine containing products. In 2007 she was awarded the Alwyn Smith Prize presented by the UK Faculty of Public Health to the person judged to have made the most outstanding contribution to the health of the public.