In the political satire Yes Prime Minister, the leading bureaucrat Sir Humphrey explains to another civil servant that the purpose in naming a White Paper “Open Government” was to disguise its purpose, which was to ensure Government was anything but open.  There is considerable rhetoric worldwide in support of evidenced based policies but at times across the addictions it seems that policies with the least evidence are adopted and those with the most are rejected.

The purpose of this presentation is to discuss what an evidence based drugs policy may look from an economist’s standpoint.  Available evidence on the costs and effectiveness of different policy objectives could be compiled to aid decision makers.  Research can be systematically reviewed and models of different impacts and interactions built.  Such explicit models have illustrated why some policies adopted in isolation do not bring the expected benefits that are sometimes expected from “naive” policy makers.  The talk will be illustrated with the results of an initial attempt to build a simple model for England and Wales.

However, some specific issues arise in evaluating illicit drug policies.  First is the level of uncertainty in compiling the evidence base.  Second is the value given to a number of different outcomes.  For example, does society “care” for the health outcomes of individual drug misusers or put a higher value on reducing drug-related crimes.  Scientific research in itself cannot resolve these issues but it can provide techniques that should allow more explicit discussion of the values and assumptions being taken by decision makers.  Researchers therefore should be able to illustrate what the evidence suggests are the results of different mixes of drug policies with the degree of uncertainty about these figures. 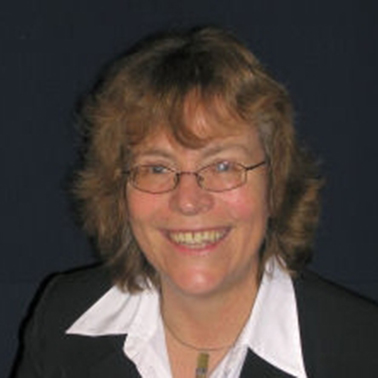 
Professor of Health Economics
Christine Godfrey is the Head of the Department of Health Sciences and a Professor of Health Economics at the University of York. She leads the Addiction Research Team which consists of psychologists, statisticians, trial specialists and information scientists as well as other health economists researching into alcohol, tobacco and illicit drug interventions and policies. She is a past president of the Society for the Study of Addiction, and is currently a member of the WHO Expert Committee on Drug Dependence. She has a number of national policy links including previously acting as an economic advisor to the Home Office, being a member of the Scientific Committee of Tobacco and Health at the Department of Health and is currently acting as an advisor to the House of Commons Health Select Committee for their inquiry on alcohol. Current research projects includes three linked randomised controlled trials (RCTs) of the effectiveness and cost-effectiveness of implementing screening and brief interventions for hazardous alcohol consumption in primary care, accident and emergency departments and criminal justice settings as part of a Department of Health funded SIPS project, a randomised controlled trial funded by the NIHR HTA programme on stepped care for older hazardous alcohol users and a further RCT on the effectiveness and cost effectiveness of two internet interventions to reduce hazardous alcohol use. She is the academic lead of the Physical Health and Addiction research theme of the newly established NHS Leeds, York and Bradford CLAHRC and a member of the AMPHORA project, a large group of European researchers building up the evidence base for alcohol policies across Europe. Research into smoking includes building epidemiological and economic models which can be used with on-going trials to estimate the relative cost-effectiveness of tobacco control measures compared to other NHS and public health interventions.