Aims: In recent years, evidence-based online services for problem drinkers have been developed. This paper describes ongoing efforts to improve one of these services, the Alcohol Help Center. Specifically, this report summarizes new modules added to the Check Your Drinking (CYD) screener, a component of the Alcohol Help Center, to make the CYD screener more useful to periodic heavy drinkers, as well as regular alcohol consumers.

Design: Volunteer feedback survey hot-linked to the final feedback report generated for all users of a personalized assessment feedback program.

Findings: The feedback was judged to be useful and accurate, in particular by those respondents identified as current problem drinkers using the AUDIT. Of the feedback modules, respondents found the weekly drinking summary most useful.

Conclusions: The updated Check Your Drinking screener was well received but improvements can still be made to make the CYD more relevant to periodic heavy drinkers. Further research is needed to determine whether the new CYD modules would result in improved drinking outcomes. 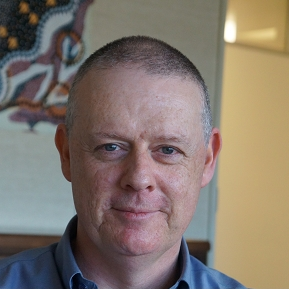 
John Cunningham received his Ph.D. in experimental psychology from the University of Toronto in 1995. He has spent his career at the Centre for Addiction and Mental Health and is currently Associate Professor of Psychology and of Public Health Sciences at University of Toronto. His research is driven by the question, “how do people change from addictive behaviours?” To answer this question, John has combined population research methods with clinical and other research traditions. The findings from these studies have been translated into a series of brief interventions for problem drinkers and other drug users that can be applied in treatment or community settings.